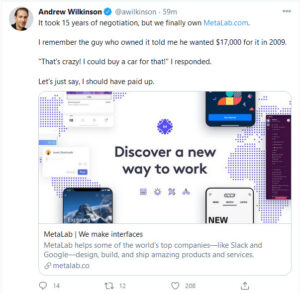 11 years later and he now owns the domain name.

This is what he shared in a tweet today: 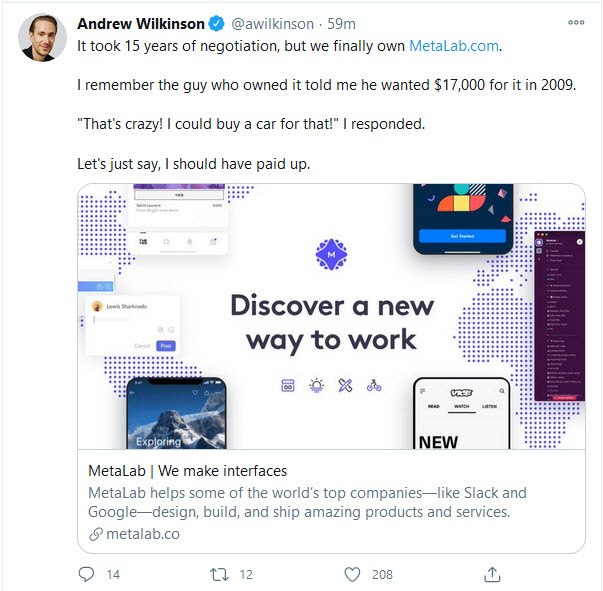 MetaLab is an interface design firm headquartered in Victoria, British Columbia that provides product design, engineering, and research services. Their clients include Slack, Google, Uber, Amazon, other Fortune 500 businesses and startups. The company, founded in 2006 by Andrew Wilkinson.

The acquisition was completed in October and (although Andrew has not yet shared the purchase price) I have a feeling that he paid a lot more than $17,000.

The owner in 2009 was MODELS.com, Inc. from New York. (That probably also owned a company named Metalab Communications. Or the other way around…)

The announcement was made just an hour ago so I will update this post if the price is revealed.