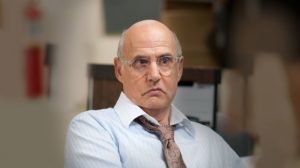 We all got it wrong people! Read this to understand how ISOC saved PIR and .org from starving to death!!!

According to a Mike Godwin, ISOC and its board of trustees saved PIR and the .org domain name extension by approving the sale of $1.15 billion to Ethos Capital.

To be clear, I think there’s no disputing that .ORG won’t be starving if PIR is freed of having to send its surplus revenue to ISOC–rather the opposite.

He also thinks that ISOC was starving .org to death! Wow! Why do you think that? Do you think that PIR was not getting enough funding for making a few tweets per day, posting a couple of infographics per month and giving out its annual awards? I am saying that because in case Mike doesn’t know (and he claims that he is not supposed to know as PIR operates independently from ISOC) Afilias is running the .org backend. PIR pretty much does nothing at all.

The biggest question about how to #SaveDotOrg is this: what is the path forward that doesn’t slowly (or quickly) starve .ORG to death?

To be clear, I think there’s no disputing that .ORG won’t be starving if PIR is freed of having to send its surplus revenue to ISOC–rather the opposite. It might be argued that PIR won’t starve under the status quo, and then we might drill down into what “starve” means.

Kudos to Mr Mike and his ISOC friends for saving .org!!! Too bad nobody thinks the same…

So to get this right. ISOC took $1.15 billion from Ethos so that PIR doesn’t have to give $50 million every year to ISOC. So Ethos must be some kind of charity for not wanting to get back their investment and then some… Thanks Mike for selling .org to some saints!!!

What you did Mike is the very much like this hypothetical situation:

I would have respected a simple “we took the money and run” from ISOC. It is all ICANN’s fault anyway. ICANN opened the gates to this mess by removing the price caps and allowing these no-Ethos people to come in.

Yet these people from ISOC try to defend their decision by constantly claiming moral superiority, some superior knowledge only they possess, calling themselves saviors and by calling everybody against their decision trolls.

(Sorry but I can’t take this “Mike – I know it all – You are a troll- guy” seriously because of the things he spits out on Twitter and his articles so I had to put that picture of actor Jeffrey Tambor that is one of my favorites. Mike is trying to ruin Jeffrey Tambor for me.)