Yes, Google keeps dumping more mobile apps. After announcing it will be discontinuing the AdSense Android and iOS apps it now announced that it stopped supporting Google Trips on August 5, 2019.

Google Trips has over 5 million installs on Android devices.

The Google Trips app helped you organize your essential info in one place and making it available even offline. It seems that the offline part is now gone with the app. All you Google Trips data will now only reside online. 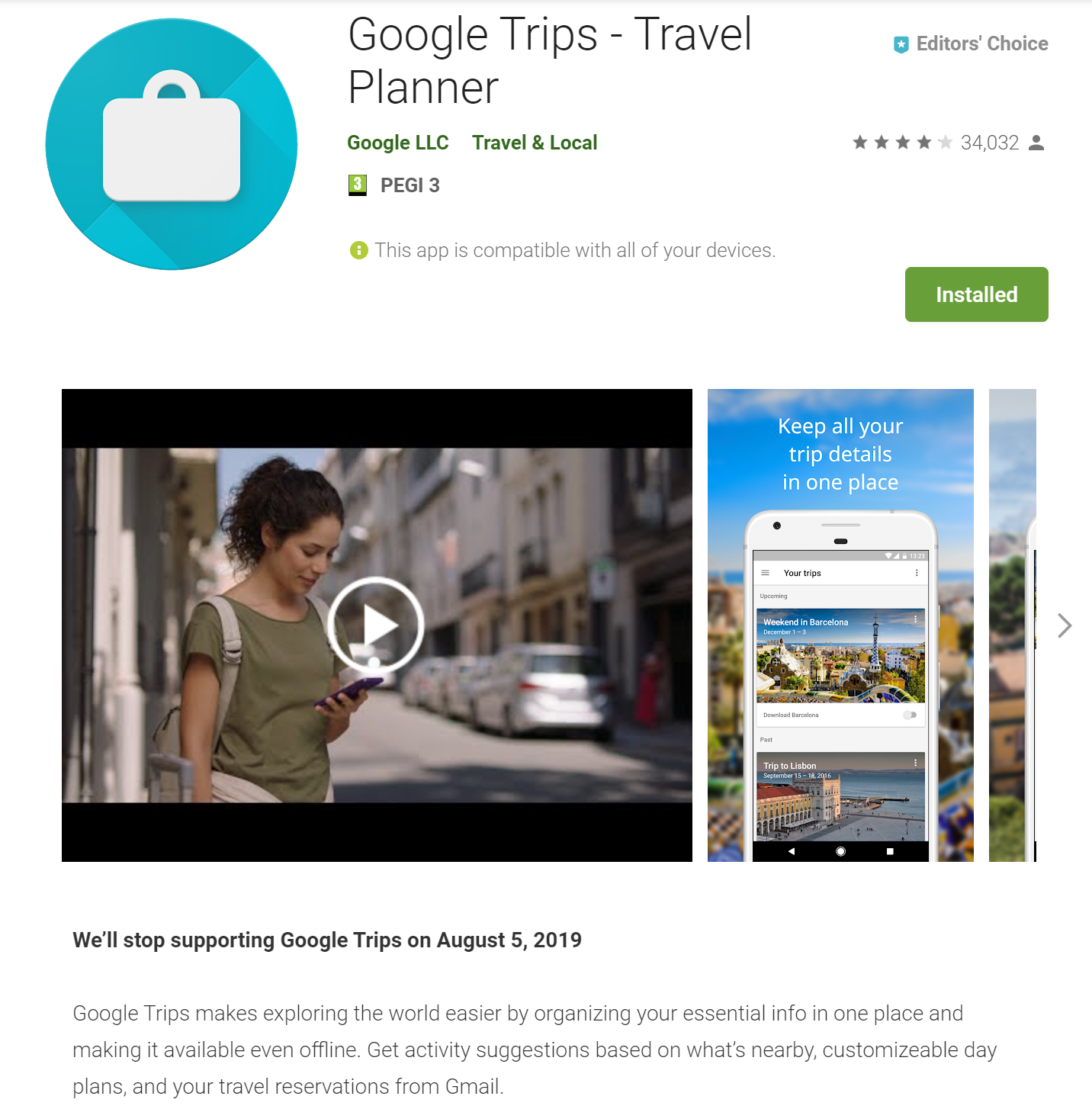 Google said it will be focusing its investment on the AdSense mobile web interface and sunsetting the current iOS and Android apps.

Some of the Google Trips functionality will now be found in Google Maps and the rest in Google search.