Say goodbye to TopCoin as Uniregistry (now Uni) removes TopCoin from its platform in 2019.

Starting January 1st, 2019 Uniregistry will no longer issue TopCoin as a reward currency. Existing TopCoin owners will have until March 31st, 2019 to redeem their TopCoins with Uni. At least this is what Uni said as I have never used a single Topcoin in any way.

Uniregistry send out an email today saying that the reason for this “was largely based on customer feedback and our desire to focus on in-house products and offerings.” and that the decision to discontinue TopCoin did not come easily.

Yeah OK, whatever you say. We would like the truth for once and not some PR bullshit.

Customer feedback was never good on TopCoin. It was always useless and it remains useless.

10 days ago I wrote an article on why I have now completely left Uniregistry. Towards the end of the article I mentioned that the TopCoin partnership (among others) was one of the reasons that I completely lost trust to Uniregistry. The more I learned about who was in charge of TopCoin and what was happening inside the “company” the more I thought that Uniregistry’s support to this “thing” called TopCoin was questionable. Questionable at first… Then I just thought that anyone that supports or gives a dime to this Topcoin thing is a simply an idiot or is looking for idiots.

Topcoin sale has started – Anybody that buys TopCoin is simply an idiot.

The TopCoin website has not been updated for a year now:

A few months before that most of the TopCoin team was removed from the About page that was left with just 5 people including Frank Schilling: 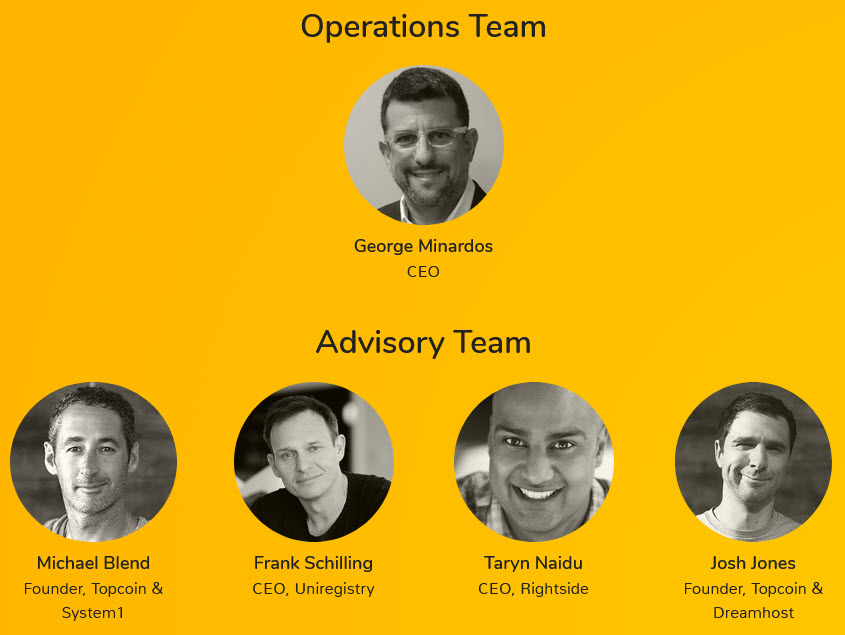 George replied on July 26: “No it is still live and working on uniregistry.com. We’ve decided to delay any TDE. Thanks for your question. George”

Here is the complete email from Uniregistry from today:

“Redeem your TopCoin before March 31st, 2019”
“Dear Customer,
We are taking steps to remove TopCoin from our platform.

The decision to discontinue TopCoin did not come easily and was largely based on customer feedback and our desire to focus on in-house products and offerings.

Starting January 1st, 2019 we will no longer issue TopCoin as a reward currency.

Existing TopCoin owners will have until March 31st, 2019 to redeem their TopCoins with Uni and access their TopCoin account balance with us.