Efty sent out a tweet today saying that August was an all time high month for Efty in terms of confirmed domain name inquiries: 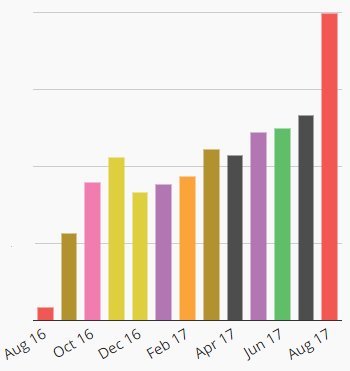 The new system brought down For-Sale landing page loading times from 8 seconds down to an average of 1.5 seconds. Efty now has thousands of users and is managing 1 million+ domains.

Efty has made a series of tweaks lately including adding 404 redirects. The 404 redirects might also have something to do with the increased inquiries yet I am not certain on the quality of these inquiries as most of these visitors are coming from link traffic and most don’t understand where they land, even though the landing page could be making it perfectly clear that the domain name is for sale and no other services are offered.

(Efty is a sponsor on OnlineDomain.com)