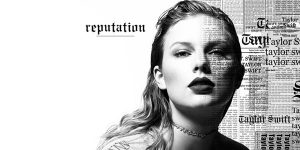 Taylor Swift’s new album called Reputation is coming out on November 10. But is Taylor Swift going to have a Reputation (or Reputaytion) tour? 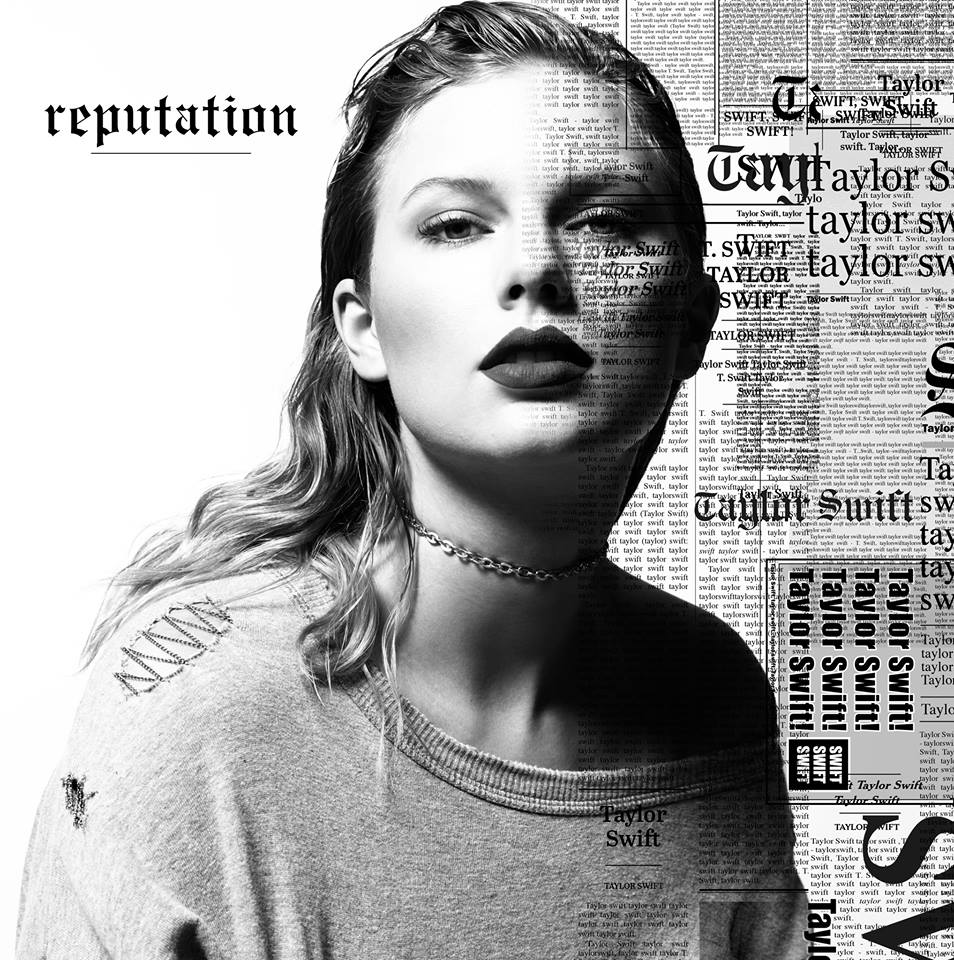 But her team missed a few related to a potential tour. They registered at least 40 domains related to tour and tickets.

He/she then build a legitimate looking website using the Reputation Taylor Swift photo, links to her real social media accounts and a countdown. Both domain names pointed to this website. 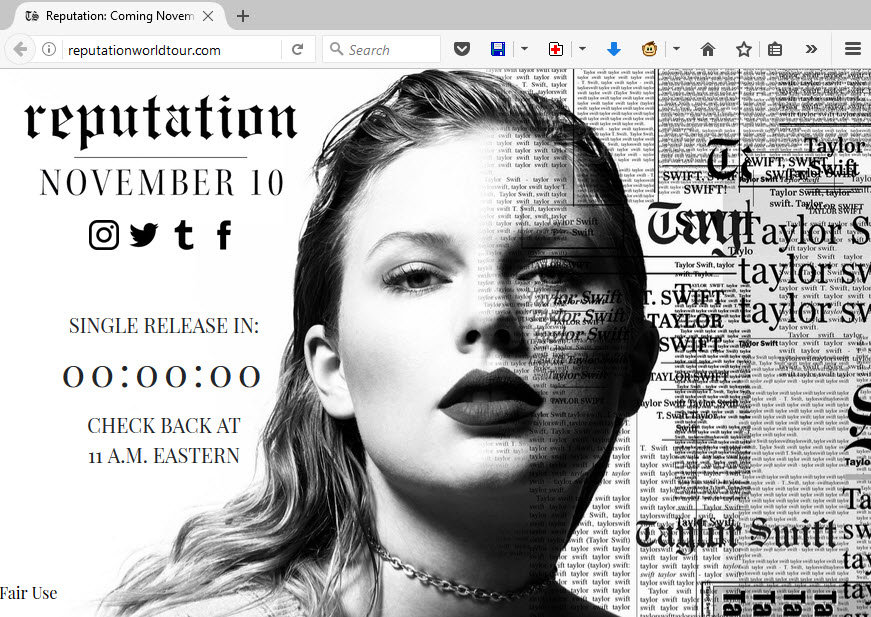 At the end of the countdown today (Thursday) a music video from YouTube appeared. But it was not a new (or old) Taylor Swift music video. It was a Rick Astley song from 1987 called Never Gonna Give You Up.

The website also wrote “We Love you Taylor! Good Luck With Your Release :)”

Many fans found this website and believed it was real. But they got pranked with a Rick Astley music video and they were upset! 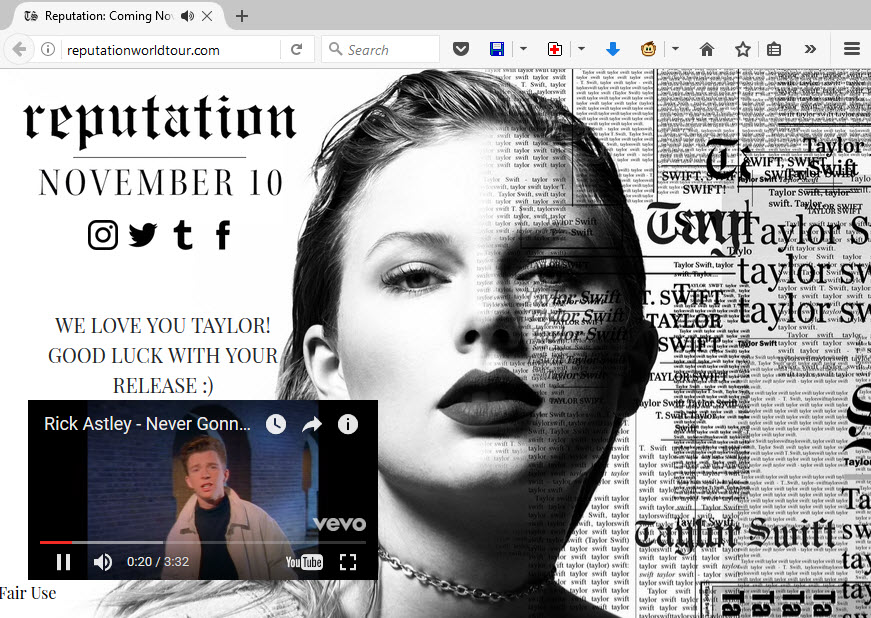 Whoever made the website also has a Fair Use link at the bottom left of the website probably to somehow protect fair use rights.

At the time of writing this article TAS had not bought 2 additional domain names: ReputaytionWorldTour.com and ReputaytionTour.com.

BTW, I went ahead and registered ReputaytionWorldTour.com and ReputaytionTour.com because I knew they would be registered in seconds after I had published this article. Taylor Swift can have them for free is she wants to use them or maybe she just thinks Reputaytion.com is enough. I am also emailing TAS about these 2 domains. There is no website on TASRightsManagement.com although they have the domain since 2014 and I have no idea they are checking the one email address I was able to find. Well, it is not difficult to find me if they want to.