Game over for the .Mcdonalds and .MCD domain name extensions 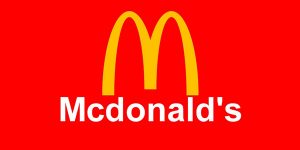 The McDonald’s Corporation sent 2 letters asking The Internet Corporation for Assigned Names and Numbers (ICANN) to terminate the .mcdonalds and .mcd registries by November 2nd 2017.

The company only ever registered 1 domain name in each extension. The ones that were mandatory by ICANN: nic.mcdonalds and nic.mcd. Both are redirecting to a webpage at mcdonalds.com.

The company also asked ICANN to not transation the 2 extensions to a third party following the termination of the registry agreement as the extensions were not really used and no domain name was ever sold to a third party. This is something that ICANN will most likely do and has done is similar situations.

McDonald’s spent maybe a few million dollars in application fees, consultants and various other fees in the past 5+ years but clearly didn’t have have a plan for the 2 extensions.

Now, 5 years later and it is game over for the 2 extensions.

There were a lot of brand applicants that applied for a New gTLD extensions so that they wouldn’t “miss the boat” or simply for defensive purposes.

Others like Philips applied for the .philips new extension as they saw the new gTLD mainly as a tool against counterfeiting but still have not done much with it. .Philips is generally redirecting to philips.com. Philips has no plans to move their main website away from the philips.com domain name and no plans to use the extensions for email purposes.

There have been several other .brand domain name extensions that have been abandoned since the New gTLD program began in late 2013 or early 2014. Here are a few: