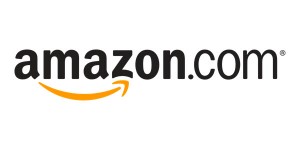 Amazon attempts to make one, but ultimately all, of its new extensions restricted despite ICANN’s ban on closed generic TLDs.

Amazon Registry Services, Inc., the Registry Operator of .MOI TLD, has filed to ICANN a proposed amendment to the .MOI Registry Agreement.

More or less the amendment states that Amazon will be deciding who gets a .moi domain name and most certainly the only ones approved will be the ones that buy other products and services from Amazon before they are allowed to register a domain.

ICANN has opened a Public Comment period about this issue that has a closing date in 2 days, 24 Apr 2016.

The title of the public comment “Launch of Registration Authentication Platform for .MOI TLD” is rather misleading. The whole proposal is not about authenticating domain registrants but rather NOT allowing anyone that Amazon does not approve to register a .moi. The qualifications for approval are not yet known.

The  Technology  Tools  can  be  acquired  from  hundreds  of  sources  other  than  the  Registry.    Indeed,  hundreds  (if  not thousands) of companies that do not operate under contract with ICANN provide one or more of the Technology Tools.  Similarly,  the  offering  of  ancillary  products  or  services  (other  than  Technology  Tools)  to  further  complement  the  customer’s use  of  the  to-be-purchased  item  already  occurs  thousands  of  times  daily  on  a  wide-variety  of  third-party  sites  operated  by entities that are not under contract with ICANN.

Amazon provides absolutely no explanation as to why it wants to perform pre-registration policy verification for customers that wish to register .MOI domain names.

.MOI is an open New gTLD and Amazon tries to circumvent this fact by introducing questionable authentication tokens required for the registration of domain names in the TLD.

Amazon says that the .MOI registration eligibility requirements will be posted publicly before the .MOI Sunrise Period begins. This is simply not acceptable as people and companies participating in the ICANN public comment need to know the registration eligibility requirements to decide if this proposed amendment to .MOI Registry Agreement is warranted or not. The fact is that very few, if any, extensions would warrant such an amendment.

Amazon will only accept as registrants of .MOI domains the individuals or companies that will first purchase products or services offered by Amazon. Amazon says this is not a requirement but if it is not a requirement why is it even mentioned in the ICANN proposed amendment?

Amazon  Registry  reached  out  to  several  registrars  to  have  general  discussions  about  their  experience  with  pre-registration policy verification and how that experience (including customer experience) could be improved.  Any consultations that may have  occurred  regarding  the  Technology  Tools  and  the  ancillary  products  and  services  would  have  occurred  subject  to  a Mutual Non-Disclosure Agreement and cannot be disclosed.

If Amazon can’t disclose anything, why even mention these discussions? This only creates a lot of questions about Amazon’s intentions.

What is so important about .MOI that makes it a different extension that all the other hundreds extensions? Amazon offers no explanation as to what is so special about .moi. What is it going to be used for?

.Moi doesn’t seem to fall under the .bank or .pharmacy category. Most people were opposed to any TLD being restricted and asking for .moi to be a closed TLD is far reached.

Probably this request for .moi is simply a test to see how ICANN is going to respond, so that Amazon can adjust accordingly its future request for more important TLDs in Amazon’s portfolio. Amazon that operated several new extension will most surely ask ICANN for the same amendment for some of its better TLDs such as .book, .buy, and .like.

All of Amazon’s New gTLDs were supposed to be open for anyone to register a domain name. Any attempt to close, restrict and limit any of those is opposed to the NEW gTLD ICANN registry agreement.

Amazon is looking at a policy change that will be a workaround of the closed-generic ban imposed by ICANN and could lead to other registries asking for the same privilege.