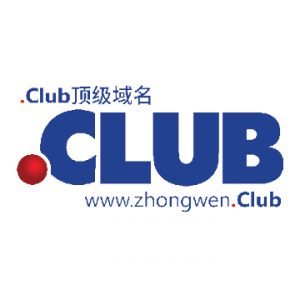 While not as dramatic as November and December, the January sales were still over 13% higher than then record breaking October sales. January numbers include the 5 names sold in the NamesCon auction.  China was still a significant contributor, accounting for approximately 35% of total January sales.

The strong premium name sales that we experienced in Q4 2015 are continuing into
the new year as we closed January with a very solid Premium Name Sales total of
$142,470.52.

This brings the total cumulative premium name sales for .CLUB to $3,540,637.79.
During the month of January 2016 there were 408 premium names sold. 5 names
(Athletic.club, Night.club, Pot.club, Space.club and Strip.club) were sold in the NamesCon
auction. The bulk of the remaining premium name sales were tiered premium names sold
through the registrar channel. China registrars continue to be a strong contributor,
however, with the typical slow down in China prior to Chinese New Year, most of the China
activity was concentrated in the first half of the month.

The highest single .CLUB sale to date remains Wine.club at $140,000.00. The
highest individual sale in January was $12,000 for the name Night.club, sold in the
NamesCon/Right of the Dot auction.

Given all the activity in recent months there were only 1,948 three-character .CLUB
names still available for registration at the end of January (a list of all available tiered
premium names is updated periodically here.)

This report reflects all public registry reserved premium name sales that occurred
and closed during the month of January 2016. Due to the volume of names sold during the
month we are not going to list each individual sale.

JANUARY 2016 – OVERVIEW
In January, we ended the month with 34 registrars participating in our tiered
premium names program via EPP.

During the month of January 408 premium .Club domains were sold by 18 different
sources. The 5 names sold in the NamesCon Auction generated a total of $44,750. On the
registrar side, Chinese Registrar EJEE led with 347 sales totaling $42,896.53. GoDaddy
followed with 22 sales totaling $22,349.78. Chinese registrar Chengdu West had 9 sales,
Name.com and NameCheap.com each had 5 sales, Uniregistrar had 2 sales and 101 Domain, 1API, Ascio, Dattatec, eNom, Gandi, Instra, Key-Systems, PDR and Wild West Domains each had a single sale. 3 sales were made directly by the Registry.

The retail prices paid for the registrar tiered premium sales ranged from $67.46 to
$6,999.99. Total premium name sales for the month were $142,470.52. While a decrease
from December’s outstanding (and China dominated) sales of $614,071.90, January sales
are an increase of 13.6% over October’s then record sales of $125,372.25.
In January, Chinese Registrars accounted for approximately 35% of all premium
name sales. GoDaddy accounted for nearly 16% and the NamesCon Auction accounted for approximately 31%.

CONCLUSION
Premium sales through the registrar channel continue to be solid for .CLUB names,
and the expansion of our tiered premium program to include registrars in China, such as
EJEE and Chengdu West, continues to make a meaningful contribution.
Auctions play an important role in premium name sales for .CLUB, and the
NamesCon auction was responsible for 31% of total January sales. You can expect
additional .CLUB auctions to be announced in the coming months.
While demand from China for numeric and letter combinations continues, we are
very pleased to see sales coming from a growing number of registrars and territories.