Namecheap announced that the removal of price caps for .ORG and .INFO was found improper in a landmark IRP decision.

Here is what Namecheap posted:

Back in 2019, Namecheap stood up to ICANN as it sought to remove price caps on .ORG and .INFO TLDs. It was, and is, our belief that these price caps are essential to keeping pricing fair for these legacy gTLDs. While newer gTLDs are exempt from such price caps, they offer invaluable protection to the owners of .ORG and .INFO.

Removing the price cap on .ORG and .INFO would set a dangerous precedent. It could have started domino effect that could eventually see other legacy gTLDs like .COM having their price caps removed and that could open the door to rampant price increases for many TLDs. After inviting our customers to share their opinions, we found that 98% supported keeping the price caps that had been in place for nearly two decades.

“Removing the price cap on .ORG and .INFO would likely lead to unchecked price increases in those TLDs and others. The IRP’s decision verifies what we’ve been saying all along. The way ICANN removed price caps was improper and violated its own bylaws. ICANN must be more transparent and listen to economic experts and public comments moving forward.” — Richard Kirkendall, Namecheap CEO 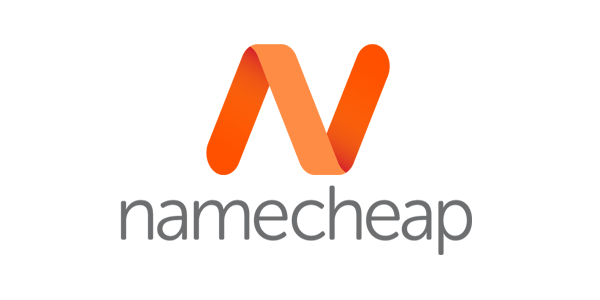 Why it was important to make a stand

The Internet is a vital resource that we all have a stake in. Namecheap believes that no one company, entity, or body should be allowed to mandate, without consultation, changes that affect everybody. Or, if they must, the process should be put under a moral and ethical microscope before anything is carried out.

The unchecked removal of existing price caps would set a dangerous precedent. Due to the nature of the .ORG TLD in particular, many non-profit organizations were (rightly) concerned about the damage that an unchecked rise in domain costs would mean for them.

Back in 2019, Namecheap first challenged ICANN’s decision to remove price caps for .ORG and .INFO domains through ICANN’s accountability processes. These processes were in place to ensure that ICANN considered all community feedback when making significant changes to existing policies.

These initial efforts to reach a settlement with ICANN failed, so on February 25, 2020, Namecheap initiated an IRP (Independent Review Process). The IRP panel is an arbitration panel that is similar to a court, and it provided Namecheap with the opportunity to challenge ICANN’s actions which we believed violated its own Bylaws and Articles of Incorporation by ignoring over 3,000 public comments against removing the price caps.

After years of legal filings, multiple lengthy hearings, and months of deliberations, the IRP panel decided that ICANN had, indeed, violated its Bylaws and Articles of Incorporation and that ICANN’s decision to remove the price caps was invalid. The Panel also gave specific recommendations to ICANN about the process they should follow to reconsider removing the price caps, what to consider when deciding whether or not to remove the price caps, and some other structural recommendations to the operations of the ICANN Board and ICANN staff, which ultimately should drive more transparency and accountability. You can read these recommendations in more detail at the end of this blog below.

Going forward, all ultimate decisions relating to this matter must be made at a more informed level by the ICANN Board, and these decisions should be documented and not carried out in secret or purely by ICANN Staff.

Additionally, before it can proceed with removing any caps in the future, ICANN must conduct thorough, diverse, and open research into the effects of doing so. This process must include the participation of a diverse range of stakeholders (including registrars and domain name registrants), and be conducted in a transparent manner. ICANN should also consider hiring an expert consultant to conduct a proper study into the effects of removing existing price caps. If the ICANN board chooses not to consult an expert, it must provide its reasons as to why.

ICANN should also consider revisions to its decision-making process to stop similar issues from occurring in the future.

What it actually means

It’s now time for ICANN (with the support and coordination of the ICANN community) to take action to address the concerns identified in the decision. It remains possible that ICANN may determine it is appropriate to maintain price controls in .ORG and/or .INFO. However, such a decision can now only be made through a transparent process that involves all relevant stakeholders and considers public comments. The resulting decision should be based on expert advice as well as community input. The Panel’s decision points clearly in the direction that price controls should be maintained.

During the arbitration proceedings, Namecheap also tried to have ICANN’s decision to remove price caps in .BIZ reversed. That claim was ultimately denied. However, there may be grounds for ICANN to reconsider its decision on .BIZ as well, albeit there may be fewer reasons for ICANN to maintain price controls in .BIZ, as compared to .ORG or even .INFO.

What it means for Namecheap and our customers

The ruling is a landmark victory for Namecheap, our customers, and also Internet users globally. We believe that the affordability of domain names is an essential part of the Internet staying a free and open place, where the right to speak is not restricted based on financial abilities. Additionally, this decision confirms what many in the ICANN community have been saying for years: ICANN often operated in a non-transparent manner, cloaking itself in attorney/client privilege, which is contrary to their bylaws. It is time for ICANN to adhere to its bylaws and become the trusted and open steward of the Internet that it was, and is intended to be.

We welcome the decision from the IRP and will continue to lead ICANN and the community toward correcting the issues identified in the decision. While the next steps are hugely important, the fact that they must now be taken fairly openly, and justly sets a strong precedent for similar issues in the future.

The following bullet points go into the IRP’s decision, and what it set out, in detail: