Total registrations decreased from 3 617 536 at the end of Q3 to 3 606 311 at the end of Q4. EURid attributes this to continuous uncertainties surrounding Brexit and the .eu extension.

Total registrations keep decreasing for many quarters and latest numbers include the newly launched third  EURid extension: the .ευ (that is supposed to mean .eu in Greek but it doesn’t).

Developments throughout the quarter included:

– participation in the Codeweek initiative for the fourth year running, with ten free workshops and interactive sessions for children and teachers;

– winning Registry of the Year at the 2019 CENTR Awards;

– launching the new eligibility criteria, extending the registration of .eu domain names to all EU citizens living around the world;

– adding a third extension to the portfolio – .ευ, the .eu in Greek;

In addition, other high points of the quarter included the 2019 .eu Web Awards Gala on 20 November in Brussels where the winners were announced, winning the Eco (Association of the Internet Industry) Award for our APEWS platform under the Domain Category on 21 November, and the presentation of the 2019 IDN World Report at the IGF meeting in Berlin on 27 November. 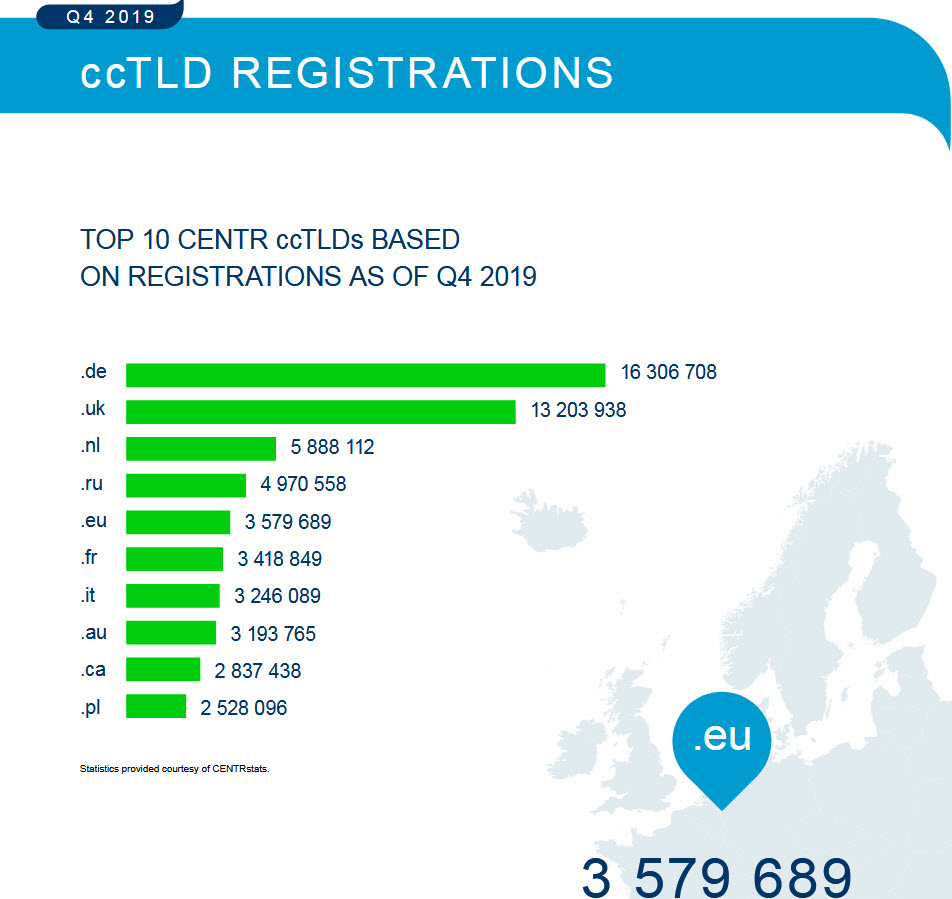 In H2 2019 EURid developed an internal study to find out how people and businesses are using their .eu domain names. From a random sample of 100 000 domain names, the research team found that more than 70 % of domains had active web services. Of those, more than 50 % had user generated content – sites with multiple pages, and content clearly created by the user.More than 20 European languages were found in the data sample, with English, German and Dutch among the most popular languages for web content. The research team also categorised the high-quality content by industry and found that four industry groups represented nearly half of the websites in the data sample: manufacturing, trade, publishing and information technology. Next steps will be to refine the machine learning training data sets to automatically classify web pages in languages other than English. 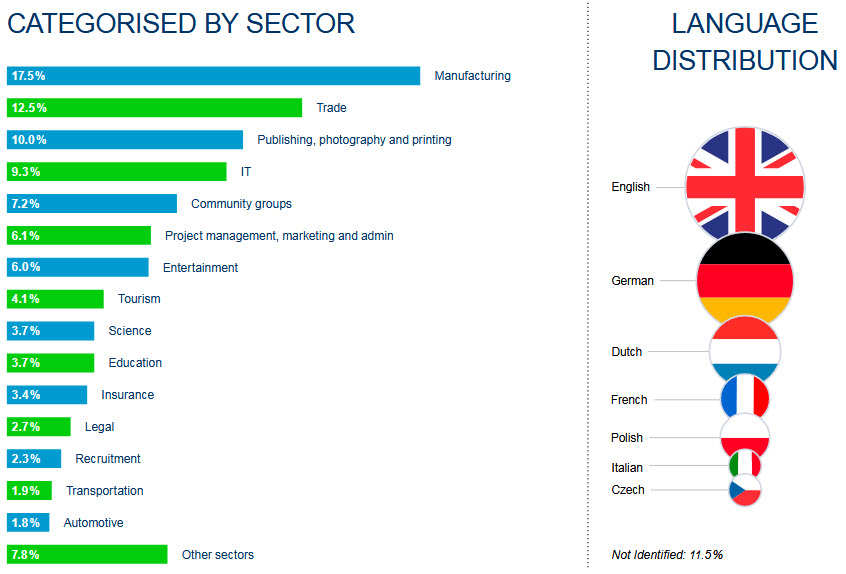