A few important observations on the Tesla.com sale

Yesterday it was revealed that the domain name Tesla.com sold for $11 million in 2016 to Tesla Motors and Elon Musk.

I have a few important observations that are worth noting regarding this deal and the people involved:

Finally, I would like to point out that Elon Musk’s revelation of the $11m sales price came as a reply to someone saying he bought a domain name for $900 from a squatter. Notice how Elon Musk does not even hint of squatting?

Buying https://t.co/46TXqRrsdr took over a decade, $11M & amazing amount of effort. Didn’t like https://t.co/BsRfMrY9Gm even when we were only making 🚘.

my bro. we are of the same mind. people called me crazy when I bought the .com, saying it wasn’t worth it

it totally was. even tho there’s practically no legislation for this stuff and it takes lawyers and lots of $$ to settle these disputes

This clearly demonstrates that most people still don’t understand the value of domains and that someone that happens to own a domain name is not a squatter. It seems that even people that buy domains for peanuts ($900) think they are buying them from squatters. Try buying a domain name from Microsoft or Google or some other big company that owns thousands of domain names and try calling them squatters. See what happens.

Also I don’t imagine anyone daring to call Elon Musk a squatter because he owns the domain name x.com and does nothing with it: 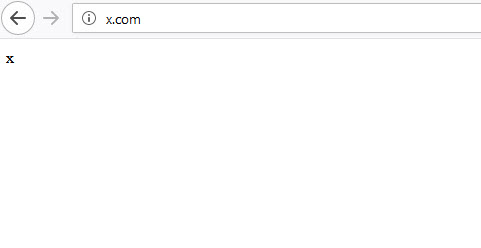