GoDaddy will sponsor Danica Patrick in her last 2 races

GoDaddy Inc. (NYSE: GDDY) is back to power Danica Patrick’s racing finale with primary sponsorships in both the Daytona 500 and Indianapolis 500. The two marquee auto races, being dubbed the “Danica Double,” mark an end to what is considered the most successful career of any woman in racing history – and the beginning of Danica’s next chapter as an entrepreneur and business owner.

In addition to the high-profile race sponsorships, GoDaddy is supporting Danica’s life-after-racing by powering the online presence for her business endeavors related to health, apparel and wine – all of which are enriched with her brand and GoDaddy’s services.

“This is definitely the way I want to finish my racing career – at these two iconic races, backed by my iconic, long-time sponsor,” said Patrick. “GoDaddy was there for me when my career was just really starting so it’s exciting to be getting back in the GoDaddy ‘green’ for my final two races. Our brands have always been powerful together, and I think it’s awesome to have them at my side when I go ‘all in’ with my businesses after racing.”

Danica has been referred to as “the most recognizable female athlete on the planet,” and “the woman who changed NASCAR forever.” She’s the only woman to have led laps at both the Daytona 500 and Indianapolis 500, a feat achieved by only 13 other drivers in the history of the sport. 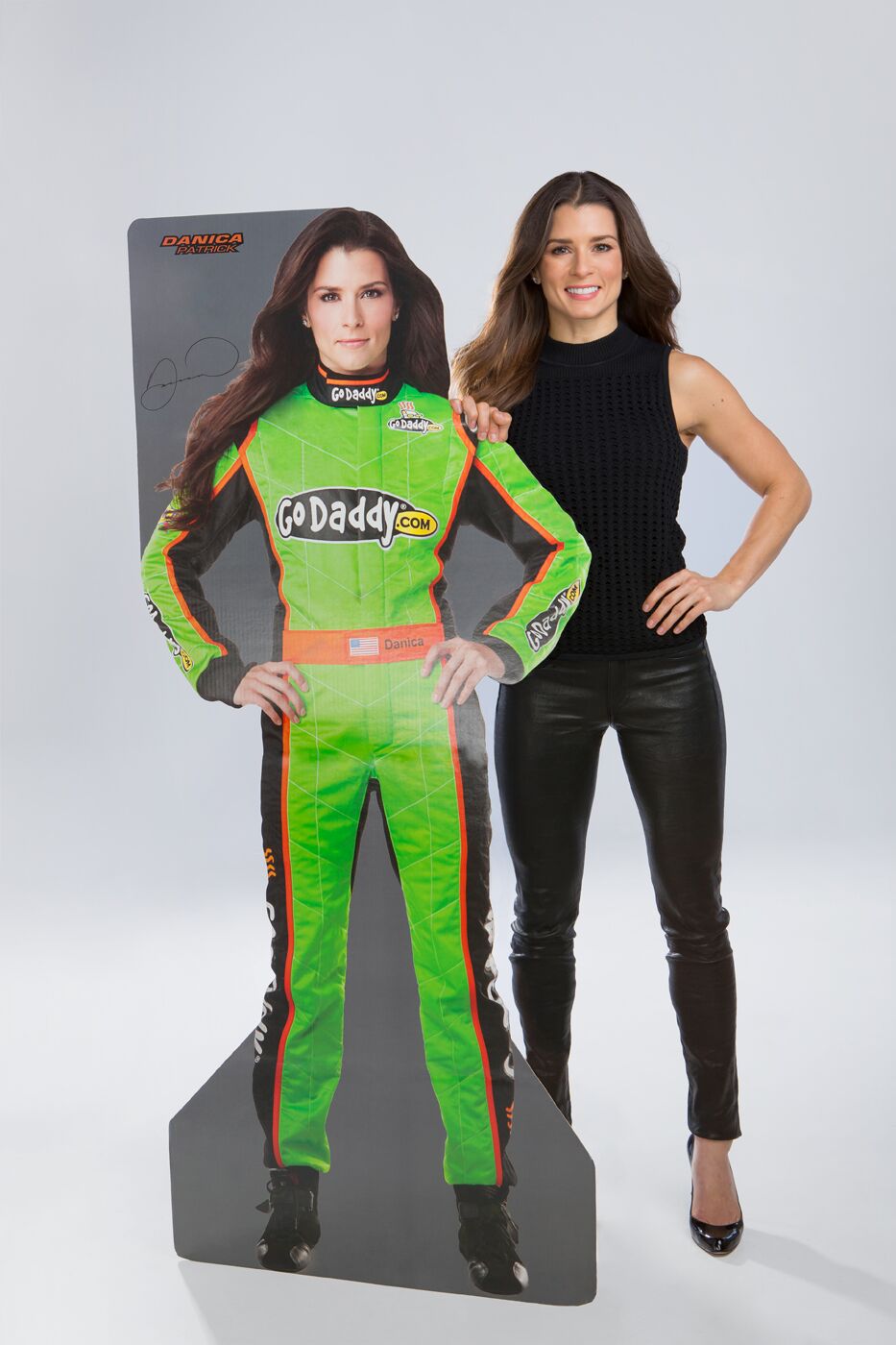 “You could say, ‘we’re getting the band back together,” said Chief Marketing Officer Barb Rechterman. “It makes sense in that our goals are so well-aligned – she’s passionate, tenacious and creative just like so many of our customers who are also looking to leverage the power of the Internet and turn their ‘side hustle’ into a full-time business. Danica absolutely epitomizes the heart of our GoDaddy customers. We love it.”

Danica has already forged into new career territory, having authored a fitness book, entitled Pretty Intense, released earlier this month, and launched her Warrior clothing line. She also owns a California vineyard, Somnium, which is Latin for the word “dream.”

“Having business ideas outside of your primary career can be overwhelming. It takes guts to go after a side hustle full time,” Patrick said. “Helping you get your ideas out of your head and making them a reality is what GoDaddy is all about – getting online with a domain name and website tells the world you are open for business and ready to go.”

Danica is one of TIME’s Most Influential People, and in what is shaping up to be the ‘Year of the Woman,’ Danica is sure to soak in the spotlight for her final NASCAR event, the Daytona 500, one month from today, February 18. She’s planning to unveil her special Daytona 500 GoDaddy car next month.

Danica’s final race is the Indianapolis 500, where she made history as the first woman to lead the most laps, 19, in her 2005 rookie season. “I don’t think I could have written a better ending to my racing career – driving my last laps on the Indianapolis Motor Speedway … although winning it with GoDaddy would obviously be the icing on the cake,” said Patrick. She has driven some of her best open-wheel races at the Brickyard, including earning a podium spot in 2009 with a third-place finish.

Danica transcends racing, in large part because of her ability to compete in a male-dominated sport. Danica did more than drive for GoDaddy. Over the years, she has appeared in 13 GoDaddy Super Bowl commercials, earning her the distinction as the celebrity in the most “big game” ads ever.

“We have always believed in Danica – and how she is inspired to set big goals, even in the face of adversity. We invite everyone to join us in watching how this next chapter unfolds out on the track, and then stay tuned for how she reinvents herself post-racing,” said Rechterman.