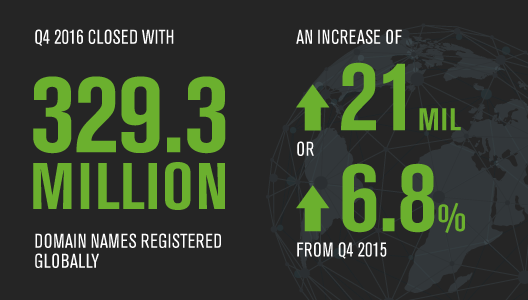 Total country-code TLD (ccTLD) domain name registrations were approximately 142.7 million, a 1.8 percent increase over the third quarter of 2016, and a 3.1 percent increase year over year.1,2 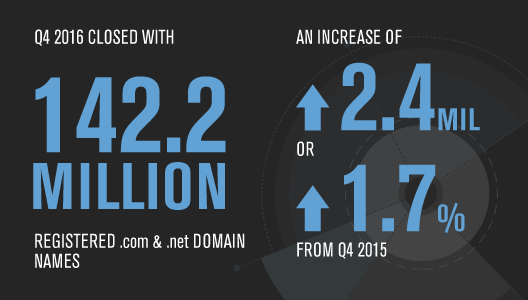 Verisign publishes the Domain Name Industry Brief to provide internet users throughout the world with statistical and analytical research and data on the domain name industry. You can download the complete report here.

2. The generic top-level domain (gTLD) and ccTLD data cited in this brief includes ccTLD Internationalized Domain Names, is an estimate as of the time this brief was developed, and is subject to change as more complete data is received.