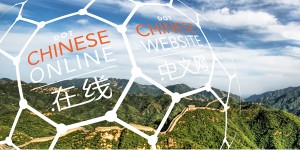 TLD Registry presented the world’s first, and still currently the world’s only Chinese Domaining Masterclass, at the industry-leading domain investing conference, NamesCon 2015. They created a 120-page curriculum for western domain investors to use as a resource to help them confidently invest in Chinese-specific domains, without knowing a single word of Chinese.

I attended the “Chinese Domaining Masterclass” in NamesCon and I wrote a blog post about it: 10 Things I Learned About Chinese Domain Names.

TLD Registry has been releasing portions of the acclaimed and sought-after masterclass curriculum to the general public, in the form of a blog series, focused on providing tips and tricks to help you invest in Chinese IDNs, again, without knowing anything about the Chinese language.

Here are the previous six installments:

Recently the domaining space has been well aware of the Chinese domain registration and aftermarket “boom” right now, particularly as it relates to numeric domains. Randomized strings of numerics from two numbers up to ten and more are being registered and purchased in droves from Chinese domainers and consumers alike. But what do these numeric strings mean? Which numeric strings are the most valuable? How many numbers are too many to have in a numeric domain string? These are important questions that western domainers are asking themselves every day, and answers can be difficult to find as the Chinese domain investing space can be a somewhat difficult and confusing market to navigate.

If you’ve asked yourself those questions and don’t know what to do next, don’t worry! We’re here to help.

In the past, we usually list the number, it’s simplified Chinese character variation, and the pinyin spelling (all shown above), however there is a lot more to the number six than you think! You see, the best way to describe the number six in the Chinese context is that it is a very lucky number, and it has the meaning of being “auspicious” in Chinese culture.

Please read the rest of the very interesting article here.