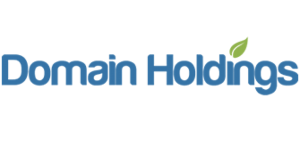 Q4 Highlights and Sales Summary Include:

The overall average sales price (ASP) for domains in Q4 was $105,982, an increase of 84% from Q3. Although ASP fluctuates from quarter to quarter, Domain Holdings has seen continued growth in the overall ASP throughout the fiscal year, making Q4 among our highest numbers in the last eight quarters.

In Q4, The United States and China continue to be the two largest markets for Domain Holdings, accounting for 86% of total sales. Sales to the Chinese market increased from Q3, due their interest in domain names of up to 4L or 3N.

The .com domain continues to remain the market leader, accounting for 86% of the sales in Q4. However, interest in gTLDs continue to grow and constitute a larger part of our business. Certain gTLDs, such as .io are especially in demand, as they are very popular in the tech and startup sectors.

Overall, Q4 was a success and an amazing end to a big year. Flippa’s acquisition of Domain Holdings has allowed Domain Holdings to build a solid foundation for future growth. They have increased their sales through the continued dedication to their existing clients (buy requests), secured more inventory, generated new relationships, matured pipelines, and launching new outbound marketing campaigns.  In addition, Domain Holdings has expanded their team in size, function and experience in 2015. Their increased head count has allowed them to expand their service offerings, helping them to fulfill the needs of their existing clients, as well as the demands of a constantly growing client base.

Please check out an article written by Michelle Miller who sat down with Mark Daniel, the Senior Domain Broker, as we gain insight into the journey which led him to where he is today as one of the top brokers in the industry. In this article, Mark brings us into his domain – life before Domain Holdings, his approach, and his keys to success.