EURid published its Q1 2022 Progress Report today with 174,906 new domain name registrations recorded for a total quarterly growth of 0.29%. Luxembourg topped the list of countries for registration growth at +7.4%, while the overall renewal rate remained high with 83%.

In Q1, EURid received acknowledgement from the European Commission in the bi-yearly report to the European Parliament and Council for its exemplary work as a DNS operator. The 2021 registrar satisfaction survey (submitted by 81 registrars) showed that 96% of participants expressed overall satisfaction with EURid’s services.

Also in this quarter, EURid announced Peter Janssen as the new General Manager, published the 2021 Annual Report by the Dynamic Coalitions on Data and Trust, and participated in Cloudfest 2022 in Rust, Germany. The face-to-face event was a great pleasure as it allowed us to meet many of our registrars in person. 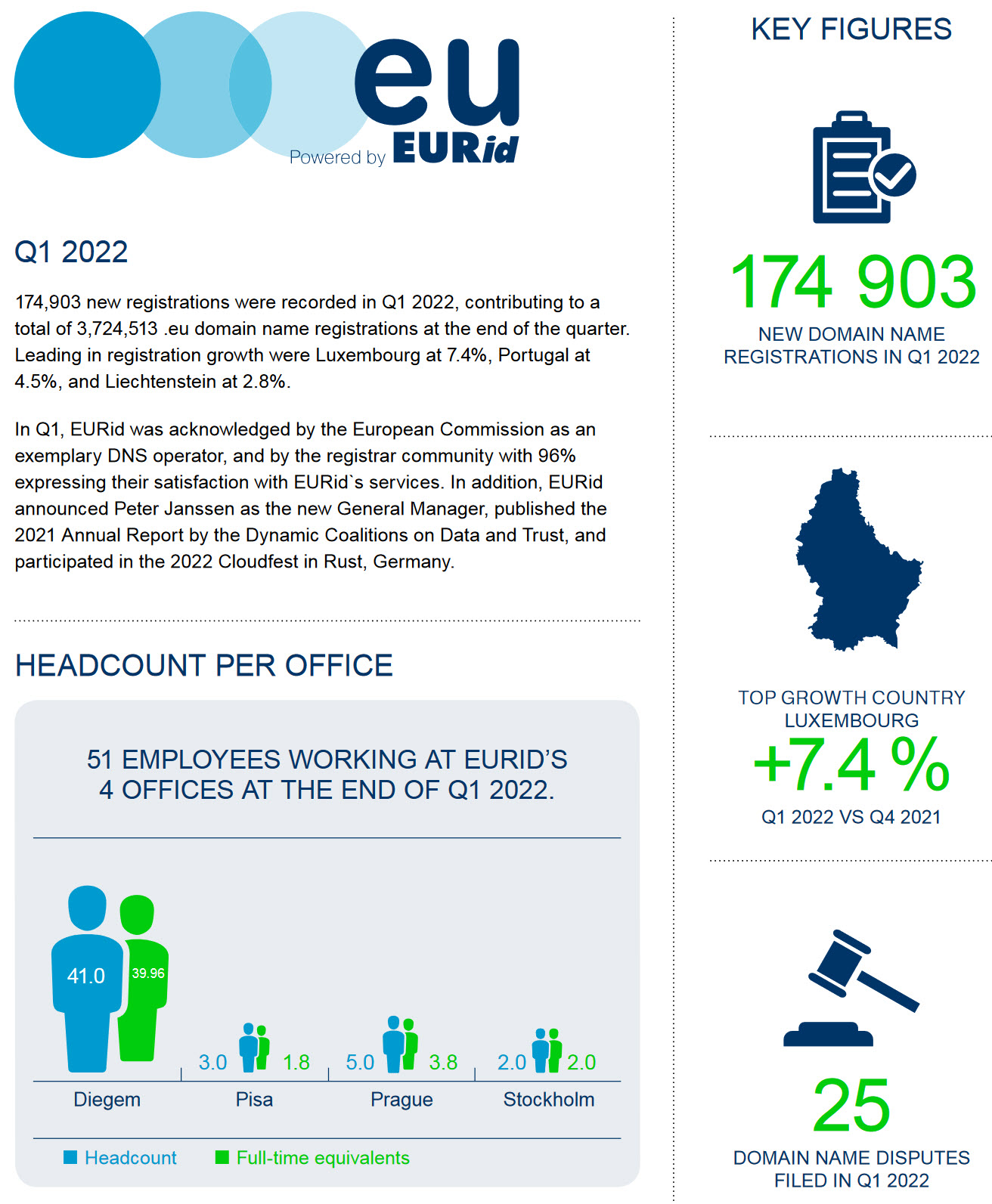 In Q1, EURid was acknowledged by the European Commission as an exemplary DNS operator, and by the registrar community with 96% expressing their satisfaction with EURid`s services. In addition, EURid announced Peter Janssen as the new General Manager, published the 2021 Annual Report by the Dynamic Coalitions on Data and Trust, and participated in the 2022 Cloudfest in Rust, Germany. 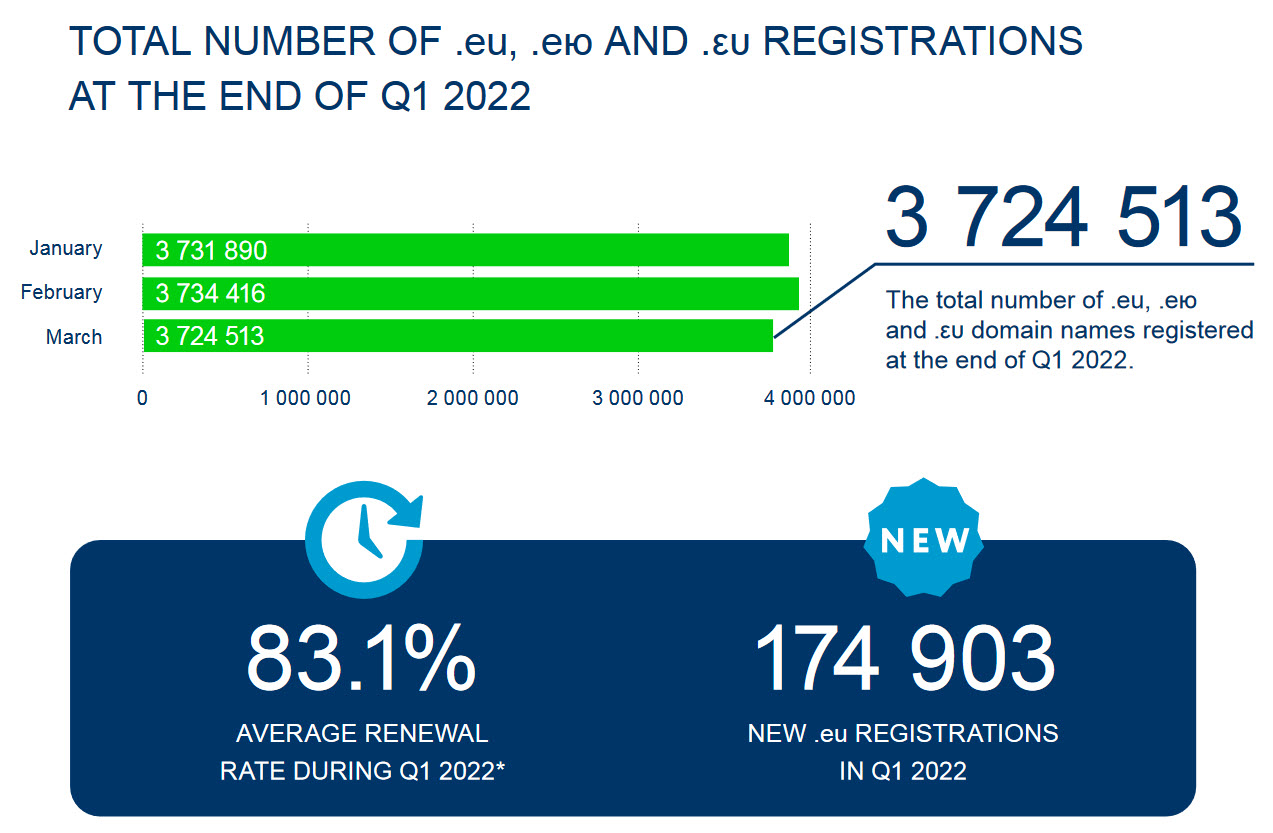