Peter Sunde says ICANN is not a democratic institution 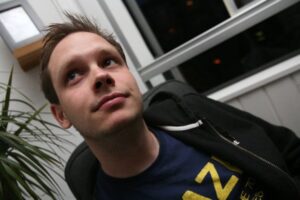 Peter Sunde provided an update about his domain name registrar application that was denied by ICANN.

It turns out that he is actually banned from doing business with ICANN. ICANN will not say when (if ever) Peter will be allowed to get a domain name registrar accreditation.

Peter Sunde said that the main problem here is not ICANN though.

The main problem is that ICANN is not governed by the right people. It’s not a democratic institution. They don’t claim to be neither, they don’t have to. They’re a corporation. We let a corporation decide over the public.

A small update to this. The day after my twitter thread about @ICANN I finally got a reply to one of my many e-mails. Quote: “I apologize for our delay in getting back to you” (aka: Thanks for retweeting). And today we had a voice chat about the application. Another thread! https://t.co/B6cIn1oM8P

A small update to this. The day after my twitter thread about @ICANN I finally got a reply to one of my many e-mails. Quote: “I apologize for our delay in getting back to you” (aka: Thanks for retweeting). And today we had a voice chat about the application. Another thread!

I got some sort of semi-excuse regarding their claim that I lied on my application. They also said that they agreed it wasn’t fraud or similar really. So both of the points they made regarding the denial was not really the reason.

They got to the consensus within the group (which is not transparent whom they are) that they “do not feel comfortable doing business with me”. I am welcome to join as a participant from the general public however; aka a person that they can ignore.

(@ICANN blamed me for failing the application and said it was because of “fraud”. This means they get to keep the application fee. However; I did fulfil all the requirements they listed. What’s that word again when someone takes your money without a reason…?!)

So here’s the thing. In order to work with @ICANN there’s a lot of regulation in place. It’s in fact the most regulated organisation I’ve ever come across. There’s not a single day to day operation that is not regulated. If my organisation breaks the agreement we’d be kicked out.

Being kicked out, we’d lose all of our customers since the managed domains would be handed over to another registrar. We’d not be able to register new domains since we have no agreements in place. We’d be defunct.

Whatever violation we’d do against the agreement would be swiftly overturned. A domain that is supposed to be handed over to a trademark holder? ICANN or registry just takes that. A registrar can just be helpful and do it a bit easier for the involved parties. But no power.

Here’s the kicker; I did start a domain system before, @njal_la. It’s run flawlessly for over 4 years. So there’s already history proving that I wouldn’t violate their terms. If they talk to the partners working with Njalla that are @ICANN accredited, they’d say Njalla is great.

But 4 years of perfect history and great reputation in their own industry, the awards I’ve been given, the investments from reputable people into the projects I’ve started, the UK/SE financial authorities approving of me, none of these things matter to @ICANN.

Today @ICANN basically admitted that they don’t like me. They’ve banned me for nothing else than my political views. This is typical discrimination. Considering I have noone to appeal to except them, it’s concerning, since they control the actual fucking center of the internet.

The guy I talked to seemed like a nice guy. Problem though: I’ve talked about him critically on TV before, when he omitted to include in a report he made that 98% asked were against a price hike in .ORG domain costs, which made it look like the opposite.

Many of the people working at ICANN are lawyers. ICANN is a very IP heavy organisation (domains are trademark territory) which means a lot of people has previously worked in other IP organisations such as movie and music studios. They’re all located in Los Angeles, a small world.

I’m not saying it’s corruption, probably not, but I’m pretty sure that if you ask anyone in their circles which human on this earth is most likely the incarnation of the devil, my name ranks quite high. And they’re only human (not like me) so they’ll be influenced by that.

Today I heard ICANN talk about that they have broad membership. I personally know more people that have literally lost an arm and a leg than actual members of ICANN. I’ve also met more presidents of countries for private chats. But ICANN is an exclusive club that I’m banned from.

They claim that they’ve never had an applicant like me before. And at the same time, they don’t connect the dots. I represent a part of the internets that is the democratic core. Equality, equal access, transparency. The opposite of ICANN. That’s why they’ve never had me before.

I’d be an asset to @ICANN. They could even use me as an alibi to make them look good. I don’t care. As long as I can join, shame them when it’s right, change them from within, and make them a more transparent and less influential but more democratic organisation. But I’m banned.

Now I’m considering my options. I’m calling on @edri and @EFF to start looking into the case. Not for me, but for our community. And I hope @ICANN and @icann_president will change their opinion. And that’s the problem: it’s an opinion of me. Not a fact. Thanks for reading.