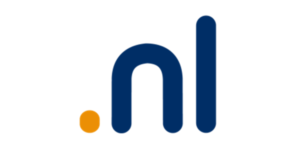 From today, SIDN, the .NL registry, is linking an informative landing page to domain names whose name servers have been delinked.

In its role as operator of the .nl domain, SIDN can delink the servers of .nl domain names reported to the Police National Internet Fraud Desk. At the Fraud Desk’s request, SIDN approaches the domain’s registrant with a view to verifying the registration data. If the data can’t be verified, SIDN is now switching the registered name servers so that the domain name points to the special landing page. Any unsuspecting internet user who lands on the page then sees an explanation of why they aren’t on the website they were expecting.

Shortly after a domain’s name servers are delinked, it becomes impossible to reach the domain using its domain name. “The idea of setting up a landing page to tell internet users why a website can’t be reached is a product of our close ties with the Police National Internet Fraud Desk,” explains Chiel van Spaandonk, Abuse Desk Specialist at SIDN. “Every year, we block access to thousands of malicious websites, often after being alerted by the police. The reason for blocking them is, of course, to protect internet users and prevent them falling victim to internet crime. Until now, though, a user who tries to visit one of these sites has been left in the dark about why they can’t see it. So the new landing page has been set up to explain what’s happened and tell them where they can go to get more information from the police and SIDN. We aren’t alone in doing this. Various other registries, including Nominet, the registry for .uk, have similar policies.”

Gijs van der Linden, Team Leader at the Police National Internet Fraud Desk, fills in the background. “Fake webshops and other forms of internet crime are multiplying at an alarming rate,” he says. “The police, the Public Prosecutor’s Office and various market players are therefore working together to address the problem. SIDN is one of the organisations we work with. The Police National Internet Fraud Desk has been set up so that internet users can report fraudulent activities. If the subsequent investigation points to crime, it’s important to act quickly, so as to minimise the number of victims. Disabling the domain name is one way of doing that. But it previously had the drawback that an unsuspecting internet user who has, say, clicked on a link expecting to see a site selling cut-price sneakers simply got an error message. There was nothing to tell them that they almost fell for a scam. The new landing page will help the fight against internet crime by educating users.”

“We are constantly working to tackle internet crime,” adds Chiel van Spaandonk. “While the new landing page doesn’t contribute to security directly, we’re expecting it to promote awareness by letting people see that not all webshops can be trusted. If something seems too good to be true, it probably is. In due course, we may start using pages like this more widely. In situations where we have intervened at the request of other organisations, for example. Or where we’ve disabled a domain name on our own initiative after detecting phishing activity. It’s all part of our ongoing commitment to making the internet more secure.”