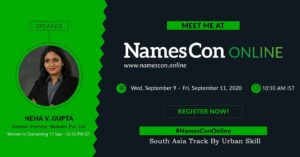 NamesCon (owned by GoDaddy) quietly removed Neha Gupta from the NamesCon Online “Women in Domaining” session she was originally scheduled to speak at. It happened on Thursday or Friday. I am not sure as I had given up on GoDaddy until someone made a comment that she had been removed from the speakers list of “Women in Domaining”.

This happened AFTER I made this post on Wednesday “I will not be attending NamesCon online“. 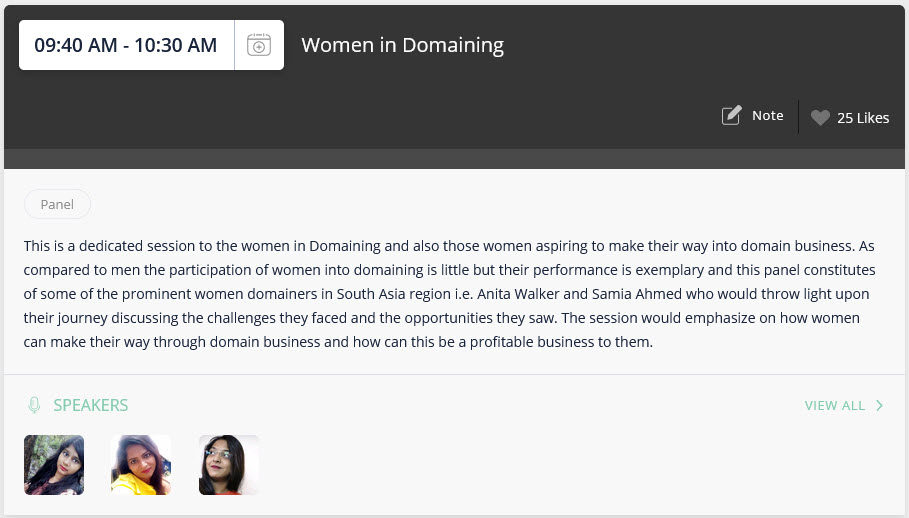 NamesCon (meaning GoDaddy) did not remove her from the speakers list were she remained there without a session: 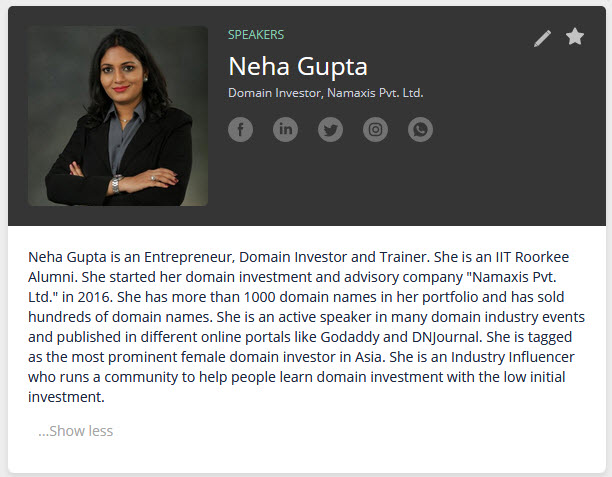 I don’t know who at GoDaddy decided to never respond publicly to reported GoDaddy problems but that seems to be the new norm lately. They are actually doing GoDaddy a disservice. GoDaddy admitted they had made a mistake by removing Neha Gupta from the speakers list but not speaking about this seems like they have something to hide.

Also they didn’t remove the GoDaddy blog post where she speaks about how she started domaining by selling a domain name that people have reported she was front running: “Yooya.com from dropcatch was front runned by her”.

“I will not be attending NamesCon online” has about 50 comments now. I was not going to bring this up but seeing her as a NamesCon speaker and remembering and her company name and her front-running were inadvertently mentioned in the court case with that Oliver guy. I didn’t really appreciate having to explain to a Greek court what she did and what front running was. Of course the injunction was denied but still remember her company name and seeing it on the list brought up some bad memories.

“Hi Konstantinos, When I entered in industry, I did stupidest things. I knew nothing of what it was and what I did. I did send spam emails to people and send email to random people but I was learning and that is how we learn by making mistakes and soon I realised my mistakes and I choose a completely different path for my domain journey, I learnt everything in industry, I joined dnacademy and invested in my education and I invested in hundreds of domain names and sold them. Also, right now I have more than 800 domain names. I have already confessed all my mistakes in namepros and apologised for them and apologize again to you.”

But I have 4 points on what she has said in the comment here, on NamePros and what people said:

Give me a break. I found all this with MINIMAL searching. Saying more lies to cover up the previous mistakes does not seem very honest to me.