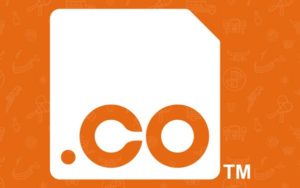 The Ministry of Information and Communication Technologies (MinTIC) of Colombia announced as the winner of the tender for the operation and administration of the .co country code top level domain (.co ccTLD) to .CO Internet SAS.

.CO Internet SAS is owned by Neustar while .co is the ccTLD of the country of Colombia.

And yes Colombia renegotiated the .co contract and got a better deal. Something that ICANN refused to do with .com and .org (and .info, .biz) and gave the sharks Verisign and PIR even better deals!

After ten years as administrator of the .co domain, .CO Internet was selected to continue serving as a ccTLD operator in Colombia for the next 5 years, this in accordance with the bidding process designed by Mintic to select the provider that best satisfies the needs of the government, the people of Colombia and the global internet community.

“During the last decade, .CO Internet has successfully positioned Colombia’s ccTLD on one of the largest and most successful domain platforms in the world, managing to increase the number of domains from 28,000 that were locally registered in 2010, to in 2020 have more than 2.3 million domain names registered and used by individuals, companies and brands in approximately 200 countries and territories.”

“Over the last decade, the ccTLD .co has become one of the most successful digital exports in Colombia, and a cornerstone of the global digital economy,” said Eduardo Santoyo, General Manager of .CO Internet. “We are proud of the role we have played in launching and growing” .co “making it a leading domain worldwide. We ratify our commitment to continue operating the “co” domain, putting at your service a leading team and the strongest infrastructure in the industry, ”concluded the company’s General Manager.