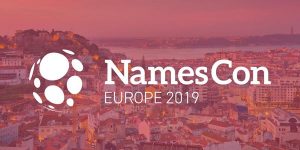 NamesCon Europe 2019 officially concluded and the next 3 European city locations were announced.

Specifically for Cologne the conference venue was also announced to be Phantasialand Themepark near by Cologne.

The exact dates and venue were also announced recently for NamesCon Global 2020.