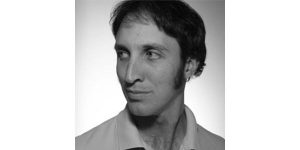 Joseph Peterson, Director of Operations at Epik, announced on Namepros that he has resigned and is leaving Epik.com.

Joseph said he resigned on last Tuesday, just a few days after the latest Rob Monster/Epik NZ controversy broke out. Joseph said that it was 100% his decision to resign.

“Indeed, I have enjoyed working at Epik. During a transitional period, I’m staying on to finish tasks, ensure ongoing projects remain ongoing, and train my replacements. Thousands of Epik customers deserve continuity and continued progress, and they’ll get both. There is a good team at Epik even without me. I can genuinely recommend Epik as a registrar and a workplace. Rob and I disagree, but we get along fine.”

Rob Monster commented: “Joseph was not forced out but was mindful of his personal brand, probably has less thick skin than I do and is perhaps more comfortable with living under communism, shariah, or tyranny than I am.”

“Joseph is still with us — there will be an orderly transition. I have only love for the guy even if we disagree about how the world should work. That said, Epik’s talent bench is deeper than you probably realize.”