“With EURid’s expanding efforts towards building a trustworthy and secure online space came a rise in communication activities surrounding domain name security and DNSSEC, which played a role in the increase of DNSSEC signed domain names.” 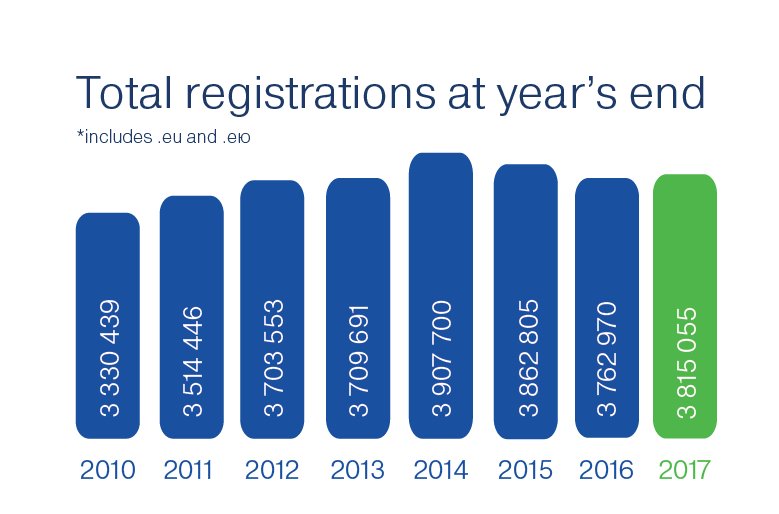 The countries that saw the most growth in terms of registrations in 2017 were Austria, Bulgaria, Iceland, Liechtenstein, and Portugal. Portugal and Bulgaria were also top growth countries in 2016.

“Achievements throughout the year included highlights like the addition of WIPO as an Alternative Dispute Resolution provider, the Ugandan borehole rehabilitation project to compensate for CO2 emissions generated 2016, receiving the CENTR registry of the year award, and the development of a domain name abuse prevention tool.”

Financially speaking, EURid saw a decrease in costs throughout the year (- 1.66%), in addition to a decrease in revenues (- 6.08%). This has a correlation with the total registration growth that occurred during the year. The dip in total revenue in 2017 was namely due to a change to the registrar reduction schemes. While on the one hand it generated a dip in revenues, it also resulted in more people registering the .eu extensions. Learn more in EURid’s 2017 annual report.