Three industries – banking and finance, fashion, and internet and IT – accounted for nearly one-third of all cybersquatting disputes handled by WIPO’s Arbitration and Mediation Center in 2017 under the Uniform Domain Name Dispute Resolution Policy (UDRP). (Annexes 1 and 4)

Cybersquatting disputes relating to new generic Top-Level Domains (New gTLDs) accounted for more than 12% of WIPO’s 2017 caseload, which in total covered 6,370 domain names. Of all New gTLDs, registrations in .STORE, .SITE, and .ONLINE were the most-commonly disputed. (Annex 2). With the addition in 2017 of .EU (European Union) and .SE (Sweden), 76 Country Code Top-Level Domain (ccTLD) registries have now designated WIPO’s dispute resolution service, and ccTLDs accounted for some 17% of WIPO filings in 2017.

WIPO Director General Francis Gurry said:  “By abusing trademarks in the Domain Name System, cybersquatting undermines legitimate commerce and harms consumers.  This is true especially where squatters use domain names to offer counterfeit goods or for phishing, as is seen in numerous WIPO cases.  The availability of the highly effective UDRP procedure is an indispensable support for the credibility of commerce on the Internet and for protection against fraudulent practices.”

The top sectors of complainant activity were banking and finance (12% of all cases), fashion (11%), internet and IT (9%), heavy industry and machinery (8%), and food, beverages and restaurants, biotechnology and pharmaceuticals, electronics, entertainment, and retail at 6% each. (Annex 4)

Since the WIPO Arbitration and Mediation Center administered the first UDRP case in 1999, total WIPO case filings passed the 39,000 mark in 2017, encompassing over 73,000 domain names. (Annex 1) 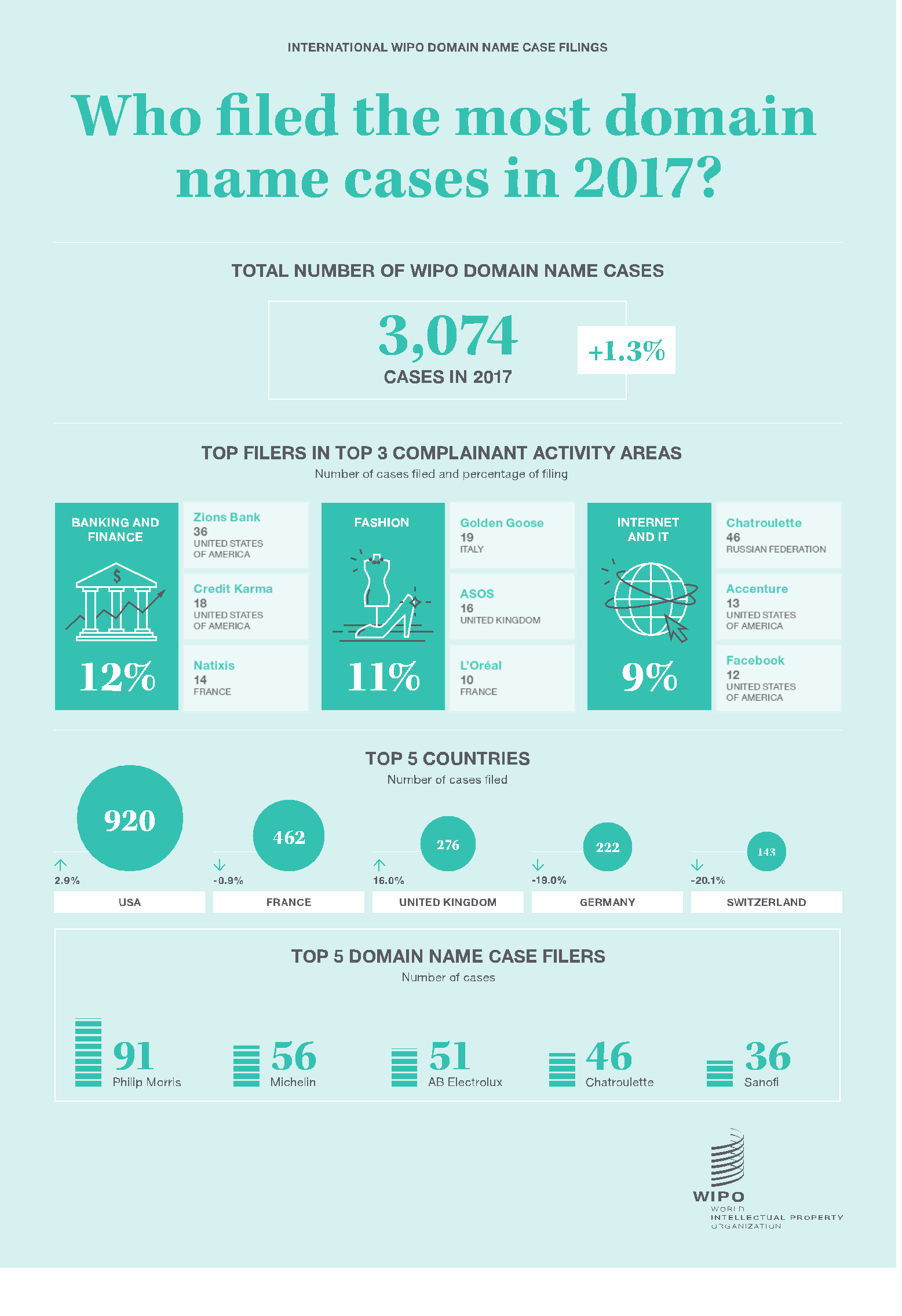