The .org registry (PIR) is pausing development of “UDRP for copyright” 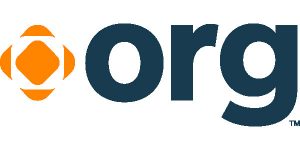 The .org registry made a short announcement that it is pausing development of the new dispute policy that many are calling “UDRP for copyright”.

Public Interest Registry (PIR) has been developing the policy (called ”Systemic Copyright Infringement Alternative Dispute Resolution Policy” by PIR) for over a year but an announcement by the Domain Name Association raised many (valid) concerns.

The Electronic Frontier Foundation (EFF) published an article with the title “Healthy Domains Initiative Isn’t Healthy for the Internet” going against the new initiative by the Domain Name Association. The (EFF) made it pretty clear by saying that “This ill-conceived proposal is the very epitome of Shadow Regulation.”

The Internet Commerce Association (ICA) expressed its deep concerns about the proposal to enable domain transfers based upon copyright claims.

It seems that pressure against PIR has been building for years and it is mostly related to the copyright community and its battle against the Pirate Bay and its .org domain name: ThePirateBay.org.

In June 2016, Keith Kupferschmid, CEO of Copyright Alliance, asked the .org registry to voluntarily suspend the Pirate Bay domain name: ThePirateBay.org. At that time PIR said that it was unlikely to take any action without a valid court order.

Seems something changed and PIR started (or was already) developing this copyright UDRP to make a suspension seem “official” and lawful even without a court order.

Here is the short announcement by PIR:

Given certain concerns that have been recently raised in the public domain, Public Interest Registry is pausing its SCDRP development process to reflect on those concerns and consider forward steps. We will hold any further development of the SCDRP until further notice.”