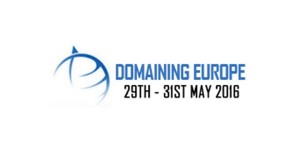 The keynote’s title will be: Past and future of .com.

Here is the Pat Kane bio published by Domaining Europe:

As senior vice president of Verisign’s Naming and Registry Services, Pat Kane is responsible for the policy and operational management of all top-level domains (TLDs) operated by Verisign, including .COM and .NET, as well as the development of additional tools and services created to support Verisign’s channel partners. Kane has been instrumental in the development and deployment of Internationalized Domain Names (IDNs) at Verisign. Kane joined Verisign in 1999 and has held several positions during his tenure at the company.
Previously, he was a senior principal with American Management Systems (AMS), where he deployed tax fraud identification systems for state and local governments. Prior to AMS, Kane spent 15 years with Electronic Data Systems (EDS) as an account manager, systems engineering manager and systems engineer, where he managed outsourced information technology engagements in the oil, chemical and healthcare services industries, as well as federal, state and local governments.
Kane holds a Bachelor of Science in architectural engineering from the University of Texas at Austin.

Domaining Europe 2016 is being held from 29th to 31st of May in The Hague (The Netherlands). The first draft of the agenda was published just a few days back.

Take a look at the hotel/venue here:

Dietmar Stefitz, the shows’s organizer, visited a dozen of restaurants together with Clarisse from the Den Hague Convention Bureaux and finally they chosen the one for the gala dinner that is sponsored by Verisign:

Catch by Simonis at the Habour of Den Hague

You can still sign up here for your Discounted Ticket for Domaining Europe 2016.