Sahar Sarid Thinks Frank Schilling Pulling Out Of ‪#‎DomainingAMA Amounts To A Protest Against Free Speech! 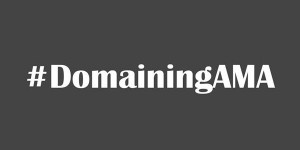 Sahar Sarid thinks that Frank Schilling pulling out of ‪#‎DomainingAMA amounts to a protest against free speech.

Here is what Sahar Sarid wrote on Facebook today:

I saw a post today that someone wondered why I got upset with Frank Schilling from pulling out of ‪#‎DomainingAMA‬, “He has the right to”. Of course he does, I won’t dispute that. I got upset over it (more disappointed by his actions than upset) because Frank is an old friend and an esteemed colleague, he has a character and is one of the most respected leaders in the Domaining industry. Frank is known to do the right thing, not to be moved by the naysayers and public opinion, and that I always admired in Frank. For Frank to pull out of participating in what seems to be a protest against someone else’s participation, a controversial figure or not, amounts to a protest against free speech, the idea to let someone speak up even if what he has to say may not be popular or what others want to hear. I got many emails and private messages that initially started with “it’s too controversial” and ended up with “you are 100% right, I want to hear what he has to say too”. People deserve the space to speak up without being called names, without being shut down by the trolls and bullies. They deserve a protected space to do just that. Rick Schwartz understood this long ago and provided a protected platform on his message board. If you misbehaved he would cut you off in a split of a second. This is what needs to be done. Let’s be civil, let’s discuss. It’s OK disagree without being disagreeable.

Frank Schilling has the right to do whatever he wants. He didn’t give a reason for pulling out and he didn’t have to. Maybe he didn’t want to be in a lineup with Adam Dicker. So what? Accusing him of being against free speech is a huge leap. He didn’t ask for Adam Dicker to be removed from the lineup.

And I don’t think that Adam Dicker ‘needs’ a space to speak up. He had many spaces and chose to remain silent and instead send C&D letters. And if he wanted a protected space (whatever that is) he could use DNForum.com Instead he chose to close it down.

My vision for ‪#‎DomainingAMA‬ is bold and unapologetic. Love me or hate me, I will stand for something, for the right thing. For freedom of speech, for freedom of expression. My vision is to provide a medium to share, learn, debate, and explore. Let knowledge flow. Connect others. To shape our future. To build a better future.

Such statements seem a bit odd to me. Words like “vision”, “bold”, “right thing”, “freedom of speech”, “shape our future”, etc., seem like words a politician would use. and I don’t think very highly of them. These words don’t seem to belong to a simple “under construction” domaining website.