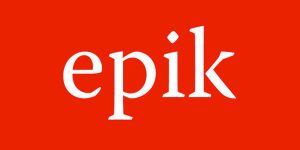 GoDaddy sent a notice of termination letter notifying Epik that Afternic is dropping Epik from a registrar partner. GoDaddy provided a 60 day notice after which Epik will not be part of the Afternic premium promotion. The termination of Epik on the Afternic Domain Listing Service (DLS) platform will be effective as of January 5, 2021.

This means that after that date Epik will not be able to sell Afternic domains on its website but more importantly that domains registered on Epik can not be listed on Afternic using Fast Transfer (FT). Afternic Fast Transfer is when a domain name owner lists a domain with Buy It Now (BIN) price on Afternic, opts in FT AND the domain is registered on one of Afternic’s FT premium registrar partners. When a domain is sold and paid then the domain is removed automatically from the seller’s account. Domain owners will still be able to list their Epik registered domains using manual transfer.

The letter from GoDaddy/Afternic to Epik stated no reasons for this termination.

The letter came from a generic GoDaddy email address and did not have a contact name or a signature. I found this to be of poor business etiquette.

It seems to me that GoDaddy is becoming more of a faceless corporation after Aman Bhutani took over as GoDaddy CEO last year. BTW I don’t expect a comment on this post from GoDaddy especially after they told Epik that it

must refrain from issuing any press release or similar publicity statement regarding this Agreement or its termination, without prior approval of both parties to the Agreement.

Epik created a page about this termination (https://www.epik.com/afternic) but there is no link from the Epik blog and there is no mention on the Epik social media. I think I noticed the link on Friday on a Twitter reply from Epik but now I can’t find it. I have no idea why this has not been mentioned anywhere else.

It seems the Epik and GoDaddy issue started when Epik brought GoDaddy into its Paypal troubles. Epik sent a letter to Paypal after Epik was banned from the platform last month. Epik mentioned GoDaddy in that letter mainly for explaining its business model and its competitors.

The strange things were the links provided at the bottom of that Paypal page that included there 3 links:

So why did Epik start attacking GoDaddy especially since Paypal said that the issue with Epik was regarding some financial irregularities? Well, I am not exactly sure but this is what I found.

Robert Davis, SVP of strategy and communications at Epik, mentioned in a comment on TheDomains.com that:

PayPal did originally suspend services in May, prompting an exchange and phone call with PayPal’s CEO executive team three days later. This was centered over the possible controversy of one of their executives being moved from PayPal to a board member position at GoDaddy, which resulted in a number of negative actions that were seen as directly correlated and designed to harm Epik.

Three days later he made another comment on Namepros.com saying:

In terms of motivation, it is very simple. They are positioning GoDaddy as a single source monopoly, and Epik is a threat due to our innovation and our commitment to our amazing customers.

So now Epik is accusing GoDaddy to be a monopoly:

Can you say anticompetitive behavior from a group in massive need of antitrust oversight as a monopoly? Epik can, and it is added to a rapidly growing list of unthinkable market behaviors that will be accounted for.

Imagine the audacity and confidence it would take, as a $12 billion bully, to write a letter stating that hundreds of thousands of domains are no longer welcome on an industry-inclusive platform. Furthermore – if you tell anyone – this behemoth will come and use the legal system to sue and create financial harm as an intentional tool to inflict pain and suffering.

That is where our industry is at. The point where massive public companies literally write unsigned letters, stating that a campaign of hate and isolation is underway. GoDaddy will literally destroy you, if you don’t just roll over and take the service reductions and decreased access to market in obedient silence.

If anyone believes that GoDaddy’s capitalistic prerogative is to discontinue services and threaten small businesses at will to contain competition, then that is your right as well. You might not like how it turns out in the end though!

As I said I don’t expect to hear from GoDaddy but I am sure I will hear from Epik. GoDaddy has recently stopped commenting on my blog or replying to my tweets despite me being right about several things and their actions confirming that. GoDaddy just doesn’t acknowledge any of its mistakes but fix some of them. I don’t know whose decision was to go silent but I have a guess.