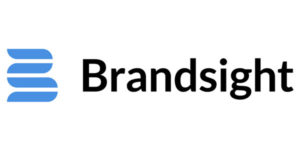 Brandsight concluded their Third Annual Domain Management Survey. The survey was sent to more than 300 companies.

Highlight’s from this year’s survey included: