Uniregistry expired domains have been auctioning at Dynadot for quite a few days now and buyers are already frustrated.

Although it (Uniregistry auctioning expired domains at Dynadot) was first announced yesterday by Page Howe, Mark Hershiser a well known domainer and blogger has already bought many Uniregistry expired domains at Dynadot only to find days later that although he had paid for all of them he couldn’t own any of them! All the domains were renewed after the auction ended and the domains were paid and all the funds paid could not be refunded. All funds were turned into Dynadot credit. 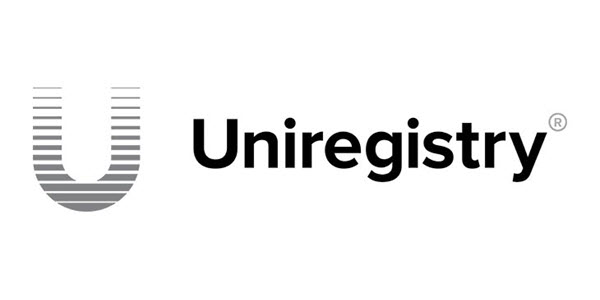 It also seems that Epik domains are auctioned at Dynadot too and these domains can get renewed too.

It seems that the GoDaddy mess with Enom and Tucows domains (and until last year all GoDaddy domains) has not been a lesson for Dynadot. How Namejet, Snapnames have been doing it right for years must really be a mystery. Not!

The domainer and blogger that emailed me yesterday with his complaints was Mark Hershiser. If you don’t know him it might be because he stopped blogging a few years back.

“I have followed dozens of names in the last month or so that are in Dynadot Expiring auctions and are registered at Uni and Epik, I have had the highest bid on some of them, but I have not seen one that was transferred to Dyna, it seems they all get renewed at Epik or Uni, the ones I won and paid for apparently got renewed so I got refunded which sucks at Dyna because that means they just credit your account, no cash back. Names like SpyPro com, TurbinePower com, LandListing com, Lendings com, Judio com, eBooster com, HerbalDrugs com, iCGF com, Ludvig com, Eastfield com, Postage org. I won a few like LandListing com and they sent me this email:

The expired domain auction for landlisting.com has been cancelled because the original registrant has renewed the domain. If you have already sent payment, we will automatically credit it to your Dynadot account as account credit. (What’s strange is as of today the domain still shows expired on 4-10-19?)

I also won TurbinePower com and this is the email I got on that one:

The expired domain auction for turbinepower.com has been cancelled because the original registrant has transferred the domain to another domain registrar. If you have already sent payment, we will automatically credit it to your Dynadot account as account credit. (What’s strange about this one is it didn’t change registrars, it was at Epik before and it is at Epik now, it is renewed though.)

Who knows what is going on, my paranoid mind thought maybe they are just doing this so they get high bids that they then only credit into your Dyna account knowing full well the names will get renewed, but again that is my paranoid version, either way I have stopped bidding on these Uni and Epik names and Dyna. Maybe people are winning them and they have to open an account at Epik or Uni to get the name, that it doesn’t get transferred to Dyna I am not sure, but I do know that the auctions I won I did not get the domains, just Dyna credit.

What sucks too is I told my friend that all these great names were expiring at Dyna and would probably end at some great deals but I didn’t have much capital to invest at the moment, so he gave me money and said invest in some names and we’ll split the sale profit when they sell, it costs me nothing just some time to bid on them and to list them, it’s a win win right, I don’t put out any capital and split the profit if I make good investments, unfortunately I didn’t get any and the ones I did win I didn’t really win in the end and I only got credit back in my account, so I just gave my friend his money back and said forget about it and used the Dyna credit for renewals lol…”