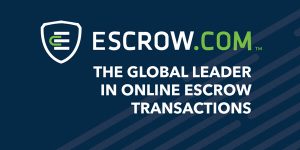 Escrow.com released its Domain Investment Index for Q1 2019 that provides insight into the domain name market for the quarter as compared to previous quarters.
The latest data from Escrow.com reveals a variety of factors influence the value of domain names. In particular, the value of domain names with existing content has hit an all-time high over the quarter.
A desirable address continues to influence the price for domains, showing parallels between this virtual real estate and physical real estate markets. Domain names with two and three characters remain more valuable than their longer counterparts.
Meanwhile, global demand for domain names has seen shifts. While the United States still leads the way in total transaction value, Canada and Hong Kong have seen strong increases.

Some of the highlighted points from the report:

In the three months ending March 2019, the total value of domain name transactions facilitated by Escrow.com saw an uplift from the fourth quarter. Total transaction value also had a strong increase compared to the corresponding quarter in 2017. As exhibited in Figure 3.0 , the total value of domain names transacted on Escrow.com in the first quarter of 2019 exceeded US$85 million. 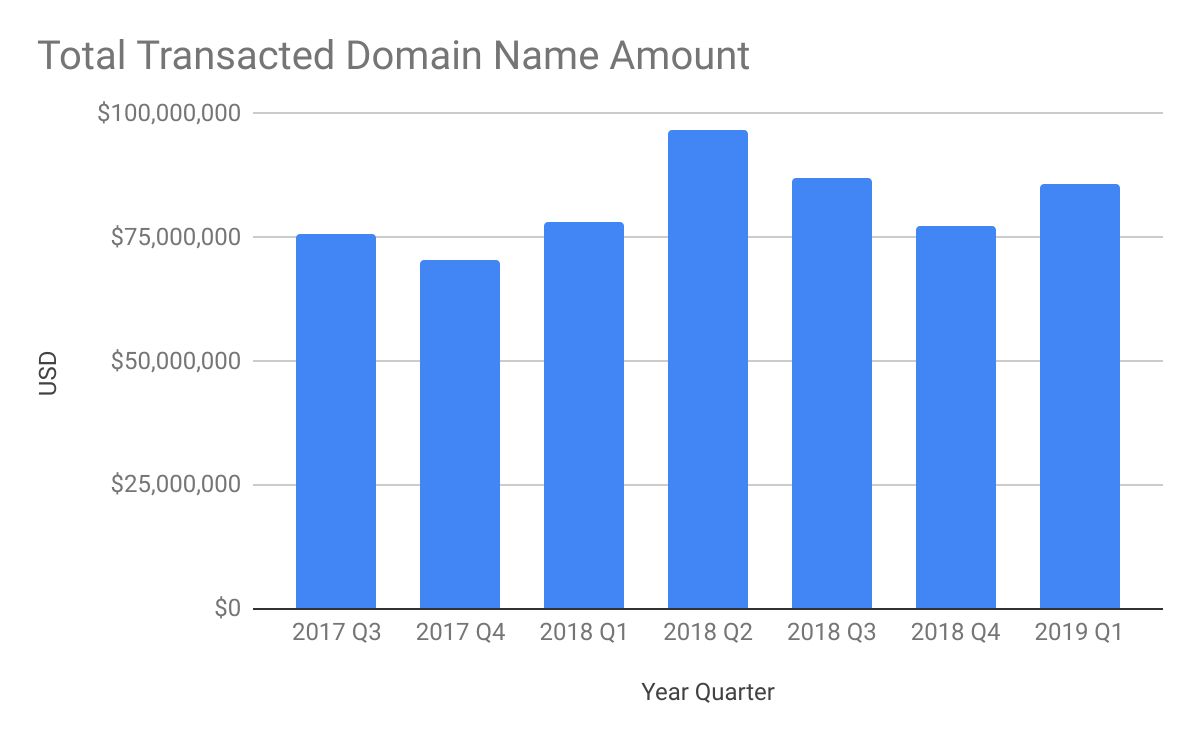 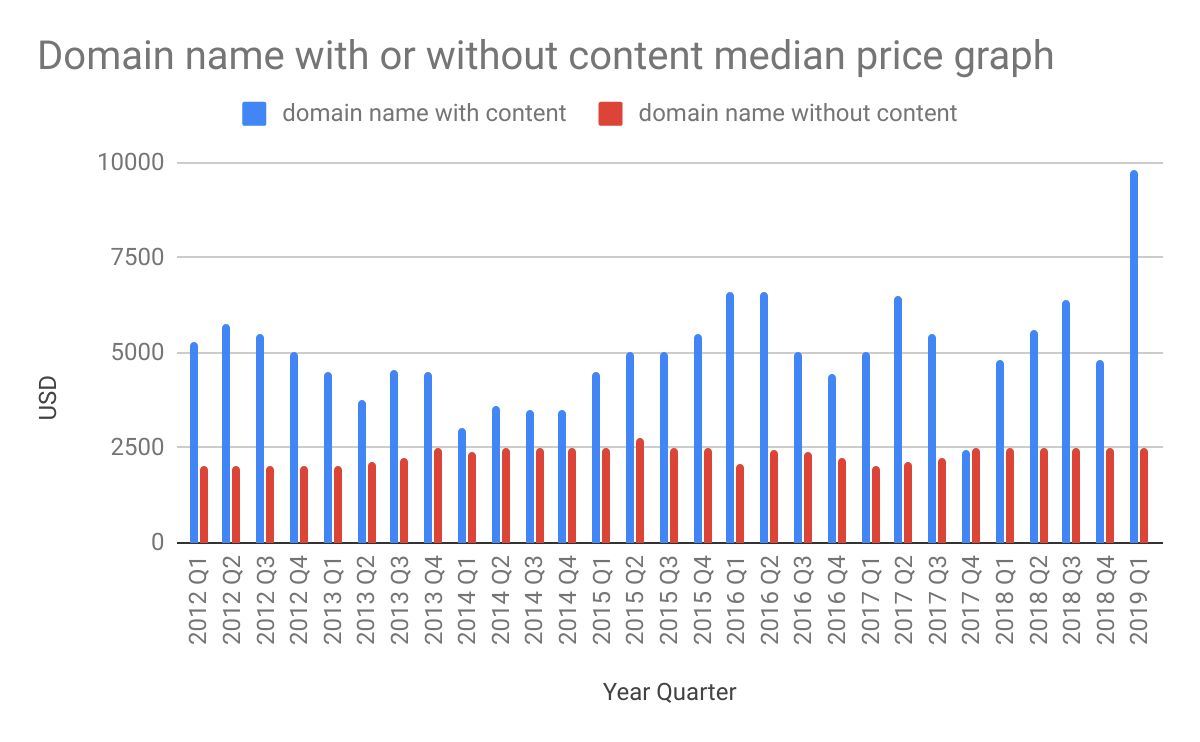 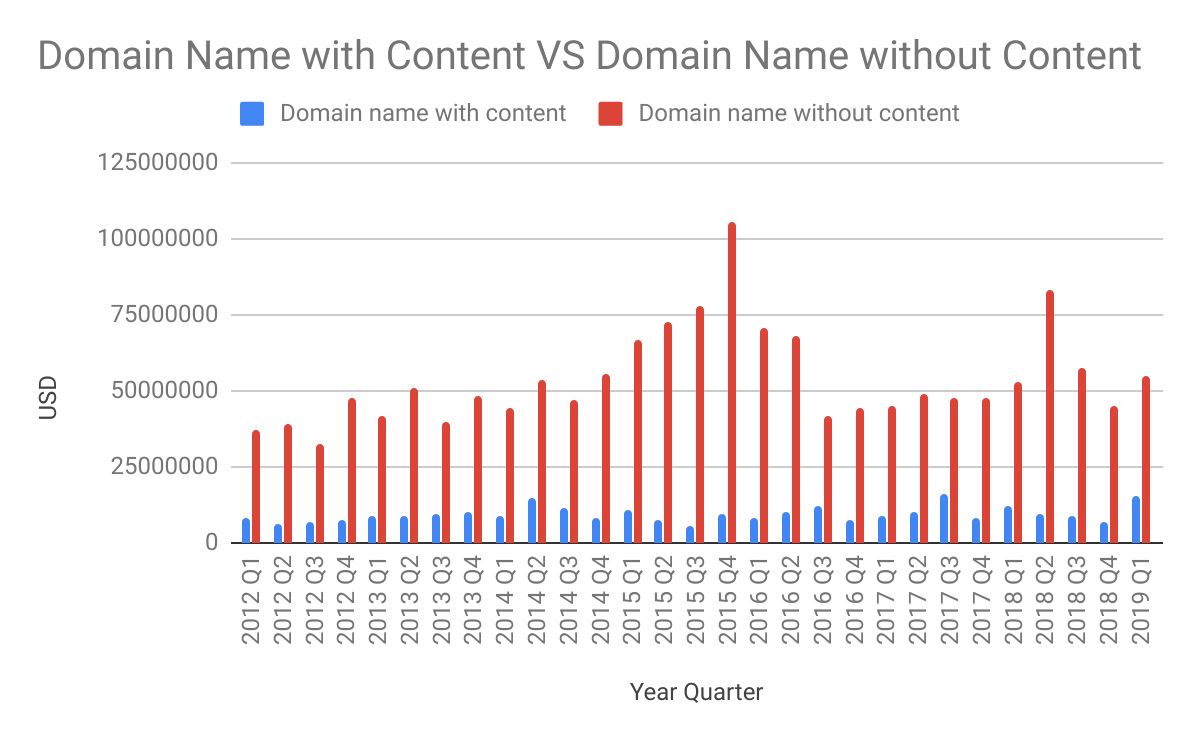 There was a drop-off in median price for two- and three-letter domain names. 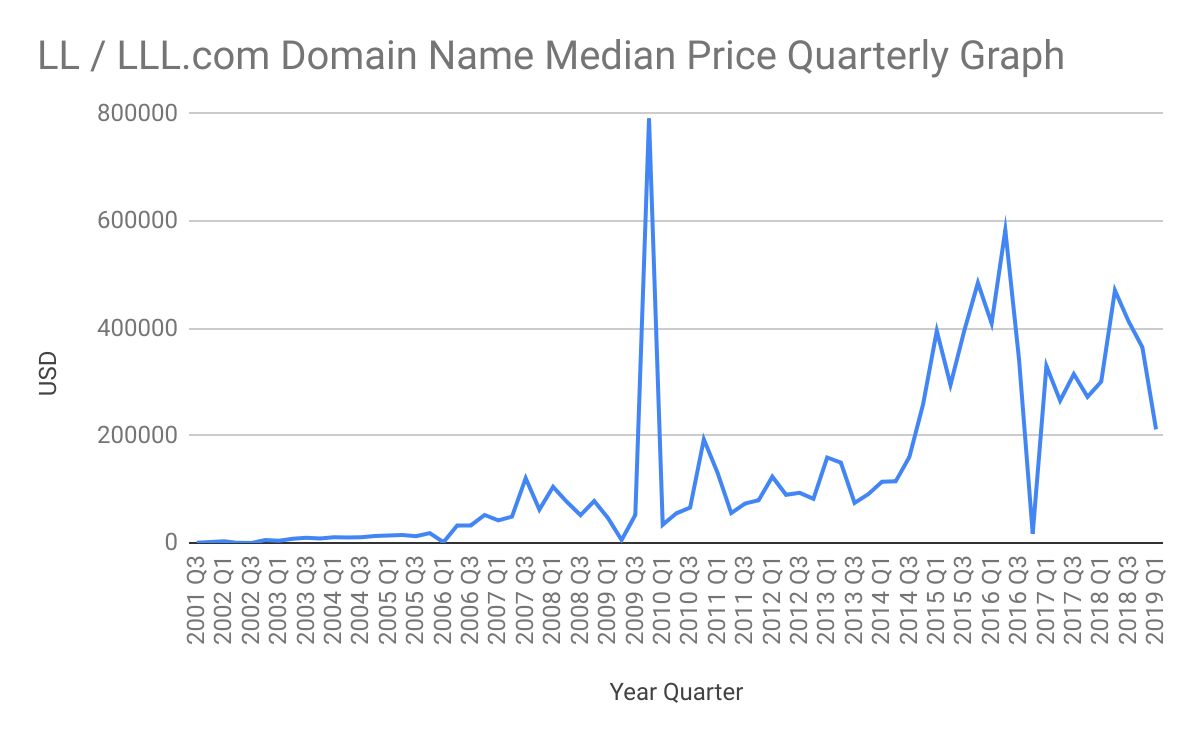 The four-letter domain name category, however, continued its growth following a steady downward trend between 2014 and 2016, as is demonstrated below. Over the same period, the Figure below reveals that five-letter domain names dropped off slightly after strong growth over the past three quarters, and steady, if moderate, growth over the past several years following a fall in early 2016. 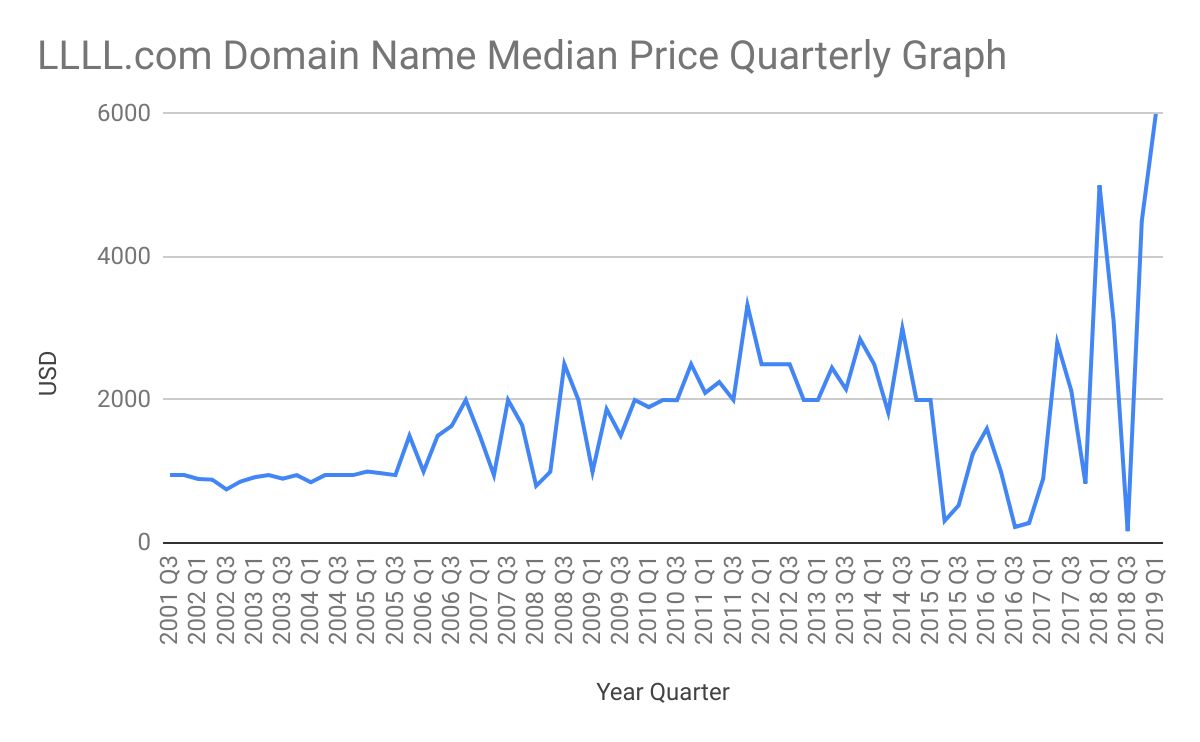