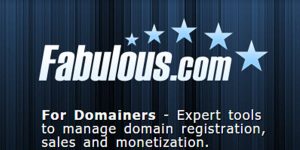 Mike will be permanently joining the Fabulous team in mid/late October 2017 at which time more news about Fabulous may come out.

The news came from an email Fabulous sent out to customers today:

“As you may be aware, there are some changes occurring at Fabulous.

We are excited to announce that Mike Robertson is rejoining us. Mike previously worked with Fabulous and I’m sure many of you know of him and his great reputation in the industry over nearly two decades.

Mike will be permanently joining the team mid/late October at which time we hope to share more exciting news. He is available at: mike@fabulous.com and he will be reaching out to you individually to say hello and understand your needs moving forwards.”

Mike Robertson was Business Development Manager at Fabulous from July 2002 up to February 2011.

Then Mike co-founded Domain Guardians, which is now part of Evergreen. He stayed with Domain Guardians from March 2011 until February 2016 when he sold his share of the company.

In the past few years he has been working at DNC Holdings, Inc. (Directnic.com). Directnic.com is an ICANN Accredited Registrar incorporated in Delaware and has a principal office in Louisiana, USA.

(Are the changes at Fabulous mentioned in the email have something to do with an acquisition of Fabulous or something else? I will update the article when I find out.)