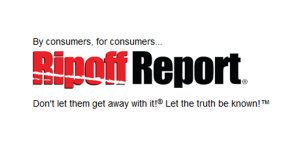 I started getting some traffic from the RipoffReport.com and I noticed Adam Dicker’s name in the link so I visited the page and found my name mentioned as the writer of one of the articles cited.

It seems that Adam Dicker is still doing what he knows best. Taking money from people and not delivering results. Making promises and then vanishing. Here is what one the many people involved said: “I am also 1 of the people awaiting repayment; and, in the case of my $250 reimbursement, Adam seems to be hiding from emails.”

According to the report Adam took $5,600 from Mark this summer and did not provide the services he promised. Now Mark says that he is in the process of having Adam charged for fraud.

In early June 2016 Adam Dicker issued a statement in DNForum.com and admitted that his business failed and that some people “got the short end of the stick”:

“The bottom line is I tried to run a company and it failed, it is now closed.
I overspent and overstaffed and it killed the business.
Many in this industry and others industries have had businesses fail, I did as well.
i am not trying to act like a victim here, the business just failed.

I am sorry to anyone that feels they got the short end of the stick but businesses fail.”

Seems Adam doesn’t know when to stop as he continues his business as usual and this is not going to end well for him. RipoffReport has another 2 older complaints listed for Adam.

You should have a read at the article mentioned in the report: Adam Dicker Owes A Lot Of Money To A Lot Of People. It has 60 comments so far. You should also read my first post about Adam Dicker here.

So this is the complaint that was submitted on September 23, 2016:

Adam Dicker Stole $5600.00 from me. I am clearly upset by this and do not want anyone else to be taken by this crook. I am in the process of having Adam charged for Fraud. Below is a very accurate account of the events that transpired between Adam and I over the past few months.

If you are approcahed by Adam, excuse yourself.

This is an email from myself to Adam and a third party(Art) who introduced us. Art is a great guy and in no way should be painted with the same brush as Adam Dicker. Art was caught in the same trap as I.

To Adam, in response to Adam’s sudden change in heart email, essentially telling Mark he will not be paid after all.

Let’s be straight. I told you to stop contacting me. Check the text history below. I haven’t called you since. Your last communication to me is quite clear, you wanted to pay this Friday, but that has changed and that is fine. Must have been a very serious Board Meeting that you and your dogs had to make you change your mind.

I’ve copied Art on this email because I feel he should know who you really are.

I have included our last communication, from TUESDAY September 13th. You mentioned that you wanted to sign something to ensure that you would be committed to paying the money you have stolen from me and my family.  I did not ask you to sign anything, I told you ‘ No need to contact me Adam’, to which you reply….well you can read it for yourself on your phone or in the attachment.

I am not willing to behave like a gentleman. I have been robbed by a conman, who has been stalling since he decided to remove himself from the project on August 29th.

Chain of events –
July 27th 2016 – Introduced to Adam Dicker via Art with the intention of striking an agreement for services related to marketing our Website Markcol.com – Agreement reached – $5000.00 Per month for Adam’s Services. Meeting notes include. I’ll admit, I was ecstatic. There is one thing you do extremely well, sell a lie.
Adam – ‘You will be so busy you will need to hire extra staff’
Adam –  ‘You won’t believe how easy this will be for me to get your website in front of millions of people’
Adam –  ‘We will institute a number of A/B tests to ensure we have the proper landing page’
Adam –  ‘I can’t believe how easy this guy is going to fork over $5600.00’ (this is an afterthought I have had, you clearly didn’t say this, but I know what you were thinking. Not bad eh, a drive down the 401 for $5600.00)

What did we receive for our $5600.00? Nothing of an substance. I truly and honestly have been given nothing from Adam Dicker, yet Adam Dicker and his Board of Directors (small white dog, small grey dog) have come to the decision that they  will no longer be offering me a refund.August 29th 2016 – Adam withdrawals from the Markcol.com project, on his own esteem. Asks to be removed from all access to the site and offers me an email stating we will be getting FULL REFUND (1st time) before the end of the week (Friday being September 12th 2016). I think nothing of it, find it strange that he has pulled off the job but figured he is a man of his word and has done ZERO work on the project, so a refund is only natural. Art Boyle completely  agrees.

Somewhere between August 29th and August 30th – Art Boyle calls Adam Dicker to demand an explanation from Adam and also confirm that I will be getting a FULL refund. Art is not happy, he introduced and lauded Adam’s talent to me and was an existing, paid consultant for Markcol.com for over a year. He told Adam that we would go after him personally if he dickered (sorry I couldn’t help myself) Mark around.
August 30th 2016 – Adam Dicker calls Mark Abernethy to reinforce the fact that he will be paid a FULL REFUND (2nd time) not to worry and that he ‘didn’t know what Art was so upset about on the phone. Actually said ‘Art went crazy on me’
September 6th – Mark texts Adam to see about the refund. Adam Dicker says he will be overnighting a ‘corporate cheque’ and will send me the tracking number.
September 7th 2016- Adam Dickhead asks Mark Abernethy for his address so he can ‘overnight’ the ‘corporate cheque’. Adam Dicker says in a text message – Will send tracking number wishing the hour (11:24am). No tracking number was sent via email, text or phone.
September 7th 2016 (10:00pm) – Mark texts Adam as he did not receive a tracking number. I am starting to smell the rat right about now. No Reply from Adam Dicker
September 8th 2016 – Adam Dickered sends a text message to Mark Abernethy at 9:00am ‘ Will send tracking code by 9:00am’. Mark Receives text message at 10:26 with Canada Post Tracking number, of which it is going to be delivered on September 12th once tracked.
September 9th 2016 – Package arrives at Markcol Bowmanville warehouse a day early, much to the surprise of all parties involved. Adam d**k certainly didn’t expect it to come next day as he POST dated his cheque for September 12th 2016. The guy is a ‘millionaire’, or so the story goes. When is the last time I had to POST DATE a $5600.00 cheque??? The Rat smell festers and by now Mark Abernethy realizes he is not going to be paid. He has been a victim on FRAUD.
September 12th 9:00am – Mark Abernethy arrives at the Scotiabank in Bowmanville Ontario to CERTIFY the Corporate Cheque issuedby Adam Dicker and his big time Corporation with no money in his bank account. After checking the account, the Teller politely informs Mark Abernethy that there is no way she can Certify the cheque as there is NSF in the account.
September 12th ALL DAY – Mark is calling Adam on the hour, and sometimes on the minute because Adam is clearly avoiding him, said to be ‘working on a solution’.
September 13th – Mark Abernethy and Adam Dicker have a phone call. Mark swears at Adam, many times. Mark is upset, he and his family have been been victimized. Adam suggests I call his lawyer. Mark asks for the number. Mark is not given the number.
September 13th – Adam Dicker texts Mark Abernethy a series of times offering a refund (3rd Time)- ‘If you want your $ and that’s all. I will have bank draft to you by Friday. Full amount. Will this end if you have a draft Friday? Try to take emotions out and agree to that so I can make sure it happens. Mark Abernethy does not respond.
September 13th at 11:37am Adam Dicker writes  via text ‘I will have it dropped off Friday (September 16th) regardless of your lack f communication. Mark Abernethy writes back via text at 11:40am ‘ Adam, I am over the money. You F***** Art so bad and he is one of the nicest humans I know. I’ll have my pound of flesh you had your chance a******. Adam Dickered replies at 11:45am ‘So do you a refund(sp) or not?. Regardless I will have it there on Friday (4th Time).
September 13th 12:41 pm – Adam d**k writes via text – ‘You will have the money Friday period(5th time). I am even willing to sign something that you will have it Friday’ – That is the last communication we had, until this email was written
5 Times Adam Dickered spontaneously writes to Mark Abernethy that he will have his FULL REFUND. Today, after a lengthy board meeting with his two dogs, Adam has decide to rescind his refund.
Adam above you suggest you stopped payment on the cheque. YOU DID NOT STOP PAYMENT ON THE CHEQUE, THE CHEQUE WAS RUBBER THE MOMENT YOU WROTE IT, STALLED 2 DAYS TO MAIL IT, THEN POST DATED IT.
The one I gave to the Police ion Tuesday s a little cleaner then this one, but can you at least commend me on my dictating skills. I haven’t had to use them in a while.
Keep in mind what this $5600.00 represents.
-A personal friendship lost with Art.
-Art’s monthly income from Markcol has ceased, strictly because Adam D******* thought he would steal money from a client that his friend Art referred him to.
-Adam Dicker living up to his name as a crook
http://therealshane.com/is-adam-dicker-a-criminal-you-decide/
http://onlinedomain.com/2016/01/28/opinions/adam-dicker-owes-a-lot-of-money-to-a-lot-of-people/
http://domainnamewire.com/2015/10/08/an-update-on-the-adam-dicker-allegations/
I also thought  Shane, Konstantinos and Andrew would like to read this to add to their never ending threads about how you have ripped off so many unsuspecting victims over the years. Does your family know what kind of a guy you really are? I wonder.
I will reiterate this Adam DICKER. Do not contact me, via phone, text, email or personally. You are the greasiest human I have ever met. You stole $5600.00 from me and my family. I will get you to return my money, I am kind of looking forward to it.
F*** yourself.
Haha
Related Articles:
Share