Google will discontinue the AdSense Android and iOS apps 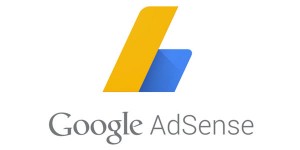 Google is planning some changes on how publishers access their AdSense accounts.

More than a third of the users access AdSense from mobile devices. With this in mind, Google has reviewed its mobile strategy and will be focusing its investment on the AdSense mobile web interface and sunsetting the current iOS and Android apps.

By investing in a common web application that supports all platforms, Google will be able to deliver AdSense features optimized for mobile much faster than they can today. Google plans to deliver an even better, more automated, and more useful mobile experience using Accelerated Mobile Pages (AMP) and Progressive Web Apps (PWA).

Later this year Google will announce improvements to the AdSense mobile web interface. The AdSense Android and iOS apps will be deprecated in the coming months, and will be discontinued and removed from the app stores by the end of 2019.

Stay tuned for further announcements throughout the rest of the year.