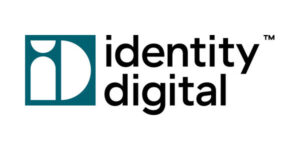 Identity Digital (formerly Donuts) claims that volatility in social platforms led a to surge in .social domain registrations. They claim that after Elon Musk’s acquisition of Twitter .social registrations were up 435% in the first two weeks of November (MoM).

I am sure this trend was seen in .com registrations and aftermarket domain sales as well.

Here is what Identity Digital posted:

Shortly after Elon Musk purchased Twitter for $44 billion, the social media platform lost more than 1.3 million users,[1] and around the same time .social domain registrations surged, per data from Identity Digital,™ a leader in connecting the online world with domain names and related technologies. For example, in the first two weeks of November, month-over-month (MoM) .social top-level domain (TLD) registrations were up 435%.

“Volatility in social platforms that people rely on leads users to take action to own their digital identity and content, which often starts with finding a domain name,” said Akram J. Atallah, CEO of Identity Digital. “One platform capitalizing on the Twitter shakeup is Mastodon.social, a distributed social media alternative that boasts, “Social networking that’s not for sale.”

In a Nov. 8 post, Founder Eugen Rochko said the social network gained 489,000 users in less than two weeks, boosting its membership to over one million active monthly users. With the growing popularity of Mastodon, Identity Digital has also seen a 5.8x MoM (October to November) increase in high-value keyword .social names being snatched up, including arts.social, lol.social and justice.social. Many of these domains point to Mastodon profiles/instances. This surge indicates users are recognizing the ability to brand themselves on social media with these memorable descriptive domain names leveraging both sides of the dot to show who they are and what they do.

Instead of creating a single unified platform, Mastodon allows anyone to use open-source software to boot up a server that hosts a Twitter-like community with its own rules. Together those servers form a collective of interlinked communities dubbed the “Fediverse.” Users can join a server that matches their interests and community standards, connect with others on different servers, or block all content from a particular server completely.

“Social media users understand that big tech doesn’t work without them,” said Atallah. “They are making a stand to own their content and build digital identities resistant to platform volatility and leveraging descriptive domains like .social to do so.”