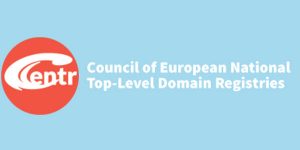 The CENTRstats Global TLD Report Q1/2021 has been published. It covers the global status and registration trends in all top-level domains (legacy gTLDs, new gTLDs and ccTLDs), with a specific focus on the European ccTLD market.

The pdf version of the report can be found here.

Registrations and growth drivers
European ccTLD operators will be watching their registrations carefully as the first renewal cycles approach for domains created over 2020. The question they will be asking is the extent to which the high rates of new domain purchases over 2020 will be retained. Typically, the first year renewal of a domain has the highest likelihood for expiration (compared to domains that have already been renewed more than once), however making predictions during this unique period is challenging, particularly given the fast changing policies around the movement of people in Europe. Over Q1 2021 rates of new domain purchases continued to climb while expiries and deletes remained stable. This resulted in a further increase to the median growth of European ccTLDs (4.9% in the 12 months to March 2021). It is likely however that this trend will face pressure into Q2 as domains purchased at the beginning of the 2020 lockdowns in Europe come up for renewal. Although we expect a rise in deletes and expirations, the rate may not be severe. There are a few reasons for this. Firstly, widely reported shifts from physical shops to online particularly in consumer goods and services appears to be more entrenched than previously thought. Secondly, the increased demand for domains over 2020 does not appear to be linked to registrar price discounting (an activity which often sees high sales followed by high expiries at renewal). Something else which will impact the retention of domains is how those domains have been used. In web analysis, CENTR data shows average error and parking rates among ccTLDs to be significantly lower than equivalent rates among the top 100 gTLDs. This will provide a cushion to the eventual slowdown in new domain sales as well as mitigate any sharp increase in deletes.

TLD preference in Europe
For most European countries, the local country code (ccTLD) remains a popular choice. Based on registrations made by local residents, the median market share of EU based ccTLDs is 54% (+1% year on year). Another measure of TLD preference is to examine the most popular websites by web traffic in each country. It is important to note that using only the largest websites by traffic does create a bias in favour of gTLDs. This is because the most visited websites in most developed economies tend to be multi-national corporations to which gTLDs are often considered a better fit. The median share of local ccTLDs based on top 1000 most visited websites is 35%. This rate is up 2% year on year which should be considered an encouraging trend for ccTLD registries.

How domains are being used
How domains are being used is crucial to the long term stability and viability of any TLD. The number of broken domains or those with registrar holding (parked) pages should be considered a liability to the registry due to their reduced likelihood of renewal. For long term sustainability, registries should focus their attention to ensure their rates of broken and parked domains are kept low. Over a sample of European ccTLDs CENTR data shows that 25% of domains queried are broken or have no functioning content (e.g. HTTP/DNS errors, timeouts etc). A further 16% lead to a registrar holding (parked) page. These figures tend to be higher for gTLDs (see gTLD highlights). Note: CENTR will continue to add more analysis of domain usage in upcoming reports.