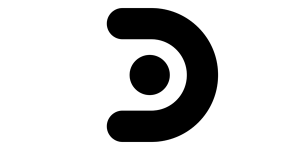 Rob Monster stepped down as CEO, and also off of the Board of Directors of Digital Town.

Rob Monster said to OnlineDomain.com: “I have stepped down as CEO of DigitalTown as of earlier today, September 14. Although the SEC filing will come out shortly, this transition has been planned for some time. The below email went to the staff last night. I own approximately 18 million shares and am not planning on selling shares anytime soon.”

This is the email that went out to Digital Town staff on September 13:

As many of you know, George Nagy has been appointed to the position as CEO effective September 14.
I wanted to take this opportunity to add my perspective on this move.

First of all, I am excited about this next phase for the company. I look forward to watching the progress as we transition from *global concept* to *local reality.* Based on his background and his initial work as a Board Director and as Chief Operating Officer, I am confident that George will bring the type of operating discipline that will be appropriate for success in the next phase.

At the same time, George brings a professional network that is familiar with capitalizing and growing public companies. This competency will be important both as the company pivots from of a historical dependence on raising funds from angel investors, and also paves the way to an eventual NASDAQ listing, possibly sooner rather than later.

This transition is happening at a very important time, both for the company, but also for the world. In the absence of a major intervention, in the not so distant future, there will be no viable middle class and there will be few locally owned businesses. DigitalTown is an antidote against winner-take-all that can improve quality of life for local communities around the world.

Although I have stepped down as CEO, and also off of the Board of Directors, I continue both as a large shareholder as well as an enthusiastic fan of the company. I look forward to ongoing dialog with George as the company embarks on the next phase. For now, I thank you for your efforts — past, present and future — and I wish you a successful and *impactful* onward journey!