The people have spoken: Domaining Europe going to Rome in 2018? 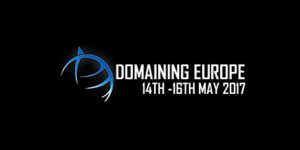 Attendees decided that next year they wanted to go to Rome, Italy. 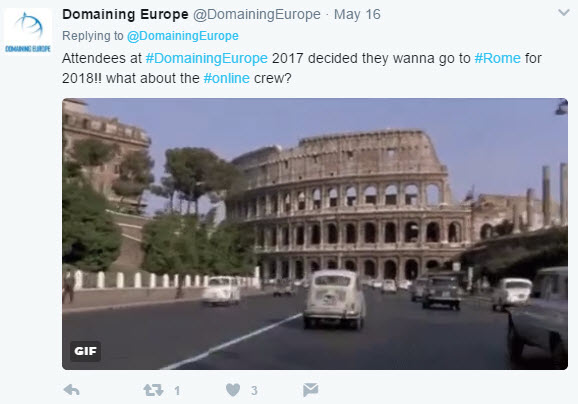 Then Dietmar asked people online on Twitter if they wanted next year’s Domaining Europe to be held in Valencia, Rome, Brussels or London. The decision was again the same: Rome for 2018! 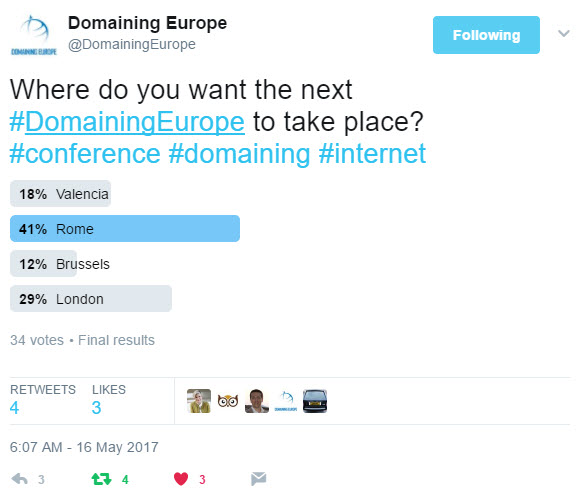 I also voted for Rome. I have been to all 4 cities in the poll and Rome has the best food and weather. (Along with Valencia of course but we were there in 2015.)

Now it is up to Dietmar to make the ultimate decision for 2018.