Do You Want To Activate Astoria .nyc Or Harlem .nyc? A “Without Cause” Clause Might Stop You! 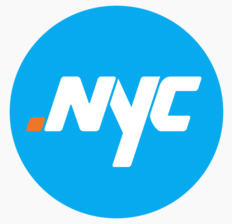 So if you’re a neighborhood activist or budding media mogul, and want to activate Astoria.nyc, ConeyIsland.nyc, GreenwichVillage.nyc, Harlem.nyc or any of the 380 other reserved neighborhood domain names, submit your applications now. (Here’s the application.) Successful applicants will be notified on February 12.

While connecting.nyc is extremely supportive of the initiative, there’s a clause in the draft Licensing Agreement that diminishes the likelihood of serious parties investing the necessary resources, a “without cause” clause in Section 3.b of the draft Agreement which states:

Either party may terminate this License Agreement without cause (effective immediately);

They wrote the mayor’s office about their concerns (this and a few others) and were told they were reviewed “with the Law Department and while we are unable to amend the terms per your request, we have certainly noted your requests.” So seemingly, while it says “draft,” changes will come from the city without consultation with residents.

One city official informed Connecting.nyc that in checking with their office’s attorneys, they were told that this was a standard clause in all city contracts. Connecting.nyc checked the city’s agreement with Neustar Inc., the holder of the contract to operate the .nyc TLD for the city, and found no such reference. (See the city’s contracts with Neustar here.) When told of their finding a representative from the same city official said their office had received complaints from others about the situation and would be looking into it.

Connecting.nyc gave serious thought to applying for the JacksonHeights.nyc domain, but the “without cause” clause forced them to hold off. How could they approach investors and garner the necessary resources without the city providing a serious commitment?

“We don’t doubt that eager city lawyers try to impose a ‘Without Cause” clause whenever they can. And perhaps they sometimes impose it. But if the administration is serious about adding the Internet’s capabilities to improving the economic and social quality of life in our city’s neighborhoods, this clause has got to be removed “Without Delay.””

Connecting.nyc Inc. is the New York State not-for-profit formed in 2005 by residents who saw the .nyc top level domain, commonly called a TLD, being as vital to the city’s future as the air, roads, schools, subways, and water.

In order to be eligible for a .nyc neighborhood name, the lead organization must meet the following minimum qualifications: (a) registered as a not-for-profit, public benefit corporation, or local development corporation, and (b) located within the neighborhood for which a .nyc domain is sought.

Please complete the questions below if you are interested in applying for a neighborhoods.nyc domain. In addition to proposals from individual organizations, the City encourages community groups to form partnerships for the purpose of submitting proposals and the subsequent operation of a neighborhoods.nyc website. Partnerships may be useful to provide added expertise, reach, and technical capacity. Organizations will be notified regarding their application at the end of the beta phase, which ends on February 12, 2016.