Hard Disk Recovery – I Made The Impossible! 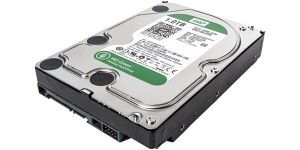 I made the impossible. Well, it is not really impossible since I actually did it but I will explain…

One night I went to sleep leaving my PC open doing some whois queries, downloading zone files and other domain name related tasks. I woke up in the morning and found my PC shut down although I am using a UPS. It was the first really hot day of the summer and my office gets all the morning sun. I woke up pretty late so the temperature was already at more than 40 Celsius or 104 Fahrenheit and my office was like an oven. I knew something was wrong but didn’t try to find out what because I was too busy.

I opened the side doors of the case and the PC booted ok. The 2 weeks that followed were super busy and then I left for 3 weeks of vacation. I came back and one day I browsed my PC and something didn’t feel right. I have 5 hard disks on my (oldest) PC and was sure that I wasn’t seeing one of them. I checked and I was right. My “multimedia” drive was not working. I opened the case and it was cold. I then remembered that morning.

I checked my backups and my last backup on this drive was from 9 months back. It does not carry anything work related and it does not even have my family photos and videos. But yet. I was missing about 300GB. This is the drive I store my music, movies, music and anything multimedia related. After a few minutes I was sure that the PCB (the hard disk circuit board) fried from the heat that morning. I had no signs of malfunction until that hot day and the hard disk didn’t spin at all. It was getting no power.

I did some research and read that some of the older hard disks can be fixed with a “donor” or replacement PCB. The problem was that it had to be the PCB from an identical drive. I am saying that I made the impossible because a lot of the drive recovery websites say that this “transplant” rarely works. I can understand why. They want to discourage people from trying as it is too easy to make the replacement.

But as easy it is to take off 4 screws, take off the burned PCB and replace it… it is not that easy to find the exact same model.

I then remembered that I have this “bad” habit of buying all my hard disks in pairs. I found the twin drive, copied all the data to a new hard disk and then turned it over to take off the PCB. But I was disappointed once again. The PCB didn’t look the same as the burned one. I examined the 2 drives and although they were the same make and model, Western Digital WD10EACS, they had a difference part number. One was 00D6B0 and the other was 00ZJB0. And their manufacturing date was a few months apart. They were essentially different disks.

I started searching eBay and found 2 drives with the same part number. It turned out that one of them had the wrong photo so I was left with one one option. I bought the drive immediately for 42 Euro including shipping from a guy in Italy. The package arrived very quickly.

So I was unscrewing the PCB last at night and I was really nervous to see if this will work. I replaced the old board with the new one and put the disk in my PC. I turned it on and the disk starting spinning (I had my hand on it) and it appeared immediately in windows. It was working like nothing was ever wrong. I just finished copying all the data onto a new drive.

WOW! Hard disk recovery companies were not really telling the truth. If you get an identical drive to replace the PCB then your chances are pretty good, I would say. Of course I am only judging from my hard disk but I have a perfect record to show! 🙂

Before I hear any complaints about Western Digital hard disks I have to say a few things. This was all my fault. It was an accident waiting to happen. The disk had been working non stop 24/7 for almost 7 years. It was cramped between 2 other disks, one of the fans of the case had a problem and the room had a temperature of about 105 degrees Fahrenheit. WD drives have treated me quite well over the years. I don’t remember an RMA, ever.

Here is some hard disk and data advice from what happened to me:

1) Buy the best hard disks you can afford with the longest warranty. Western Digital Black hard drives offer 5 years of warranty. It is not about the warranty as in five years your hard disk will be small compared to the sizes at that time. It is about the quality of the hard drive and making them last for more years. Because once the hard disk fails you lose all trust on the drive and you probably move to newer and bigger one regardless of receiving a brand new to replace the bad disk. Of course I am not the average user. I leave the computer on 24/7 working, do video editing etc.

2) Always, always buy hard disks in pairs. Real pairs. Pairs with the same part name and the same manufacturing date. Not just to use them in RAID but to have a spare part to use if one of the two fails.

3) Don’t put the disks one next to the other in the case. Leave a space in between so they can “breathe”.

4) Always use a big (15cm) fan to cool down the hard disks. Heat kills them slowly.

5) After 5 or 6 years it is time to replace the drives. Nothing lives forever.

6) Always backup. Don’t forget it or neglect it. The advice above will save you a few days of work. Backing up will save you all your work and files.